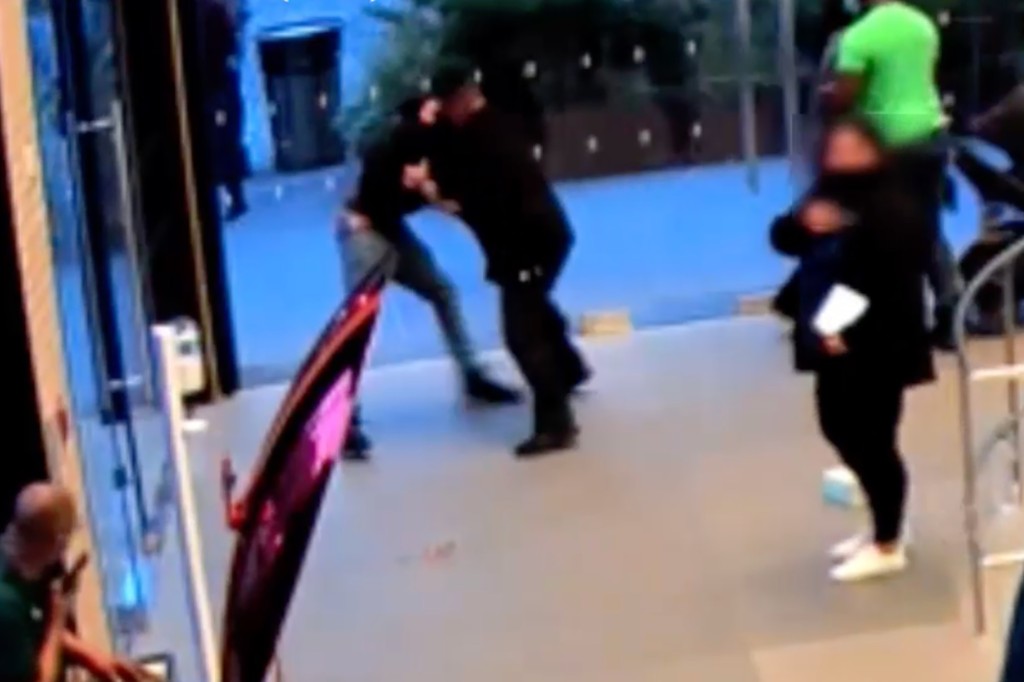 Dramatic new video captures the moment a man stabbed a security guard and punched another worker at the Chelsea Apple Store — after the guard insisted he wear a mask inside.

The violent fracas erupted around 6:20 p.m. Friday at the store on West 14th Street and Ninth Avenue when the male guard asked the customer to mask up, according to cops and police sources.

Footage released late Monday shows the suspect socking the security guard in the face next to a staircase.

The vicious customer then briefly left the store but quickly returned, cops said.

The footage then cuts to the man slugging a 25-year-old female employee.

The security guard, 37, quickly steps in and the two men start wrestling near the entrance to the store, the footage shows.

Following the scuffle, the suspect pulled out a knife, slashing and stabbing the guard — before bolting on foot, cops said.

The stabbing is not shown in the footage.

The guard, who suffered a slash wound to his forehead, a stab wound to his left arm and three stab wounds to his back, was taken to Bellevue Hospital for treatment.

The other worker refused medical attention for pain and swelling to her face.

Cops are still looking for the suspect. 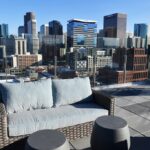 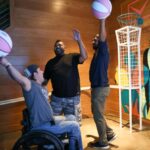 Massive new dining, nightlife complex opens near Coors Field — but who will it cater to? 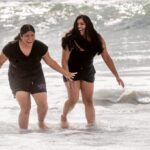 After oil spill, each affected Southern California beach reopens using its own standards