San Francisco, CA- Officers of the San Francisco Police Department are facing backlash, and are being accused of violating a city ordinance by watching protests and demonstrations unfold in real time, through a network of high-tech surveillance cameras.

According to the Examiner, Records obtained by the Electronic Frontier Foundation show that police secured live access to hundreds of cameras in the district to monitor protests for potential violence over a week-long period starting at the end of May

It has been common practice for years that officers request access to the cameras and footage to investigate crimes after they have occurred. To have live access however, is a violation of a local law, that prohibits the use of new surveillance technology without first receiving approval from the Board of Supervisors.

Dave Maass, a researcher with EFF said in a statement:

“What we have here is our worst fears confirmed, which is that something that was supposed to be used conservatively is now being used broadly,”

He went on to say:

“This is exactly the sort of thing that the ordinance was trying to curb.”

The main concern over live camera access, is a blatant violation of citizens first amendment rights.

Police first requested live access to the cameras on May 31, the morning after violent and unruly protests began, which included looting and vandalism, prompting Mayor London Breed to issue a nightly curfew.

Police Commissioner John Hamasaki also shared his concerns about the fact that the live camera access was violating the city ordinance, along with the departments policy on policing First Amendment activities.

“Each time we allow law enforcement to cross the line from legitimate investigation needs to indiscriminate surveillance of political protesters, we take one step closer to becoming a police state,”

In essence, the policy states that in order for live camera access to be granted, there needs to be a situation of imminent danger, such as an active shooter, or a criminal activity that could result in bodily injury or large sums of money in damages.

At the present time, the situation is still being investigated.

Here is more on violence and crime taking place in San Francisco.

SAN FRANCISCO, CA – Residents across the United States, and in San Francisco, saw a drop in crime during beginning stages of the COVID-19 pandemic.

The thought behind this was a simple one: If people were staying home, there was less opportunity for criminals to take advantage.  Some naively believed that criminals themselves would abide by executive orders and stay home.

While there was a drop in crime across the US, one crime in particular is starting to rise in San Francisco: Homicides.

Anyone with information please call 1-415-575-4444 or Text a Tip to TIP411 and begin the message with SFPD. pic.twitter.com/3uFVtIagpM

There are reports out that show as high as a 21.4% increase in homicides from March to June of this year compared with the same time frame last year.  The trend is reversed from recent years, which showed the rates of homicides going down to historic lows.

Just a few months ago, San Francisco Police Chief William Scott shared that the homicide rate for the area was down by 11%, numbers not seen in the area since 1961.

In a press conference, according to NBC Bay Area, the Chief and Mayor London Breed spoke on the topic.

“The fact that we are at an all-time low in homicides in our city is absolutely incredible.  Forty-one homicides of course are 41 too many, but the fact is that this is the lowest number of homicides that we’ve seen since 1961.

“It is unbelievable.  But we didn’t get there by accident.”

Breed pointed out that the police had worked closer with the community which led to a reduction in the overall crime numbers, specifically in homicides:

“I am proud of the work they (police) have done and will continue to do for the residents of the city.  It is getting us to a better place as we can see with the statistics.  Violent crime is always going to be our top priority.”

These comments were made in January of 2020.

In a stark contrast, Breed now believes that defunding the police, the very police department she was “proud” of just a few short months ago, is necessary.

Not only is it necessary, but police will stop responding to non-criminal calls for service.  Although this portion will be welcomed by many police as they dislike going to these calls, it also sets up a dangerous situation for the unarmed social workers who will respond.

What happens when this group of individuals respond to what is deemed non-criminal by a dispatcher, because that is what they are told, and it turns into a heated confrontation?

There are numerous reports available which show officers getting into a violent conflict over matters that would be appear non-criminal in nature, such as a traffic collision or trying to tow a disabled vehicle, much like an incident that happened in Florida in February of 2020.

In that incident, a man, who was upset at a potential tow bill, shot and killed the trooper who had stopped to help him, and then tried to kill the tow truck driver.

How does a trained, unarmed mental health professional deal with that situation?  And, when you add an increase to the homicide rate, how does a defunded police department keep those numbers low?

San Francisco Mayor London Breed on Defunding the Police, White Activism, and Fighting for Her Community<—An excerpt from this interview in the SFgate is going viral, but y’all should really read the full interview for a whole sermon! #BlackWomenLead https://t.co/5fbTiHjWbF

Researchers are quick to point out that homicides across the country are starting to increase as crime in other areas, such as rape, robberies, thefts, have decreased.

David Abrams, a professor for the University of Pennsylvania Law School has spent significant time studying crime trends during the pandemic and also points out the drops in crime in metropolitan areas, with the exception of homicides.

He notes that homicides have been going down in California in particular for several years.  The increase in homicides, according to Phul “Maui” Wilson, the founder of an anti-violence group in the area, is caused by a lack of funding to minority communities.

Wilson believes that taking funding away from the police department and reinvesting that in communities will solve the increase in homicides.

His belief is that keeping at risk youth occupied will reduce the amount of gang and other violence in the area.  However, if that would be true, how would he and all of the other leaders in the San Francisco area explain the drastic reduction in homicides for the year 2019? 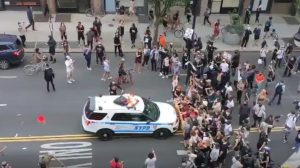 What Has Happened to Police Filmed Hurting Protesters? So Far, Very Little. 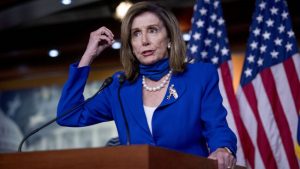 Pelosi makes mask-wearing mandatory for anyone on House floor 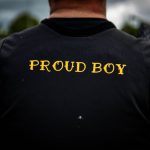 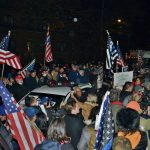 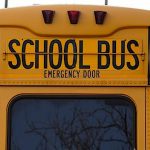