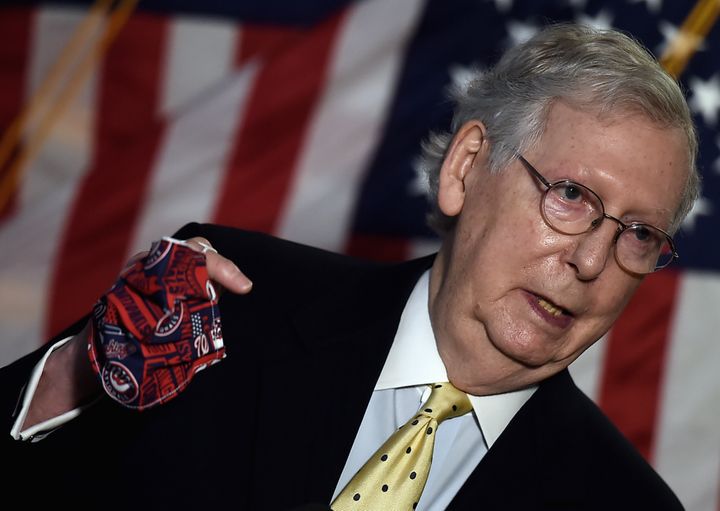 The latest stimulus package proposed by Senate Republicans to address the coronavirus pandemic would dramatically limit the ability of consumers and workers to sue corporations that fail to protect them from the disease.

The GOP effort to grant businesses, schools and hospitals special liability protections is so extreme that consumer and worker advocates say it would do more than just hinder access to the courts ― it would undercut one of the main incentives companies have for trying to limit the spread of the virus.

“They will know they won’t be held accountable,” said Remington Gregg, a lawyer with the consumer advocacy group Public Citizen. “They’ll cut more corners. They’ll pack more people into meatpacking plants. This would be a disaster for assuring any sort of corporate accountability for workers and consumers and patients.”

Senate Majority Leader Mitch McConnell (R-Ky.) has made a legislative priority of shielding companies from coronavirus-related lawsuits, despite the economic recovery showing signs of stalling and millions of jobless workers facing the loss of their extra unemployment benefits. The bill rolled out Monday in the Senate as part of a broader coronavirus package would give companies plenty of immunity, though it will face strong opposition in the Democratic-controlled House.

McConnell has warned of an “avalanche” of litigation stemming from the pandemic that could throttle the economy, but so far it hasn’t materialized. According to a COVID-19 complaint tracker from the law firm Hunton Andrews Kurth, around 3,800 complaints related to the pandemic have been filed in court since March. But only 257 are classified as consumer-related, and only 342 as employment-related. The largest category, with 932, involves insurance.

“There is no flood of lawsuits. It’s a figment of the imagination of Sen. McConnell and [Texas Sen. John] Cornyn and K Street,” Sen. Dick Durbin (D-Ill.) said Tuesday, referring to the authors of the bill and lobbyists in Washington.

Nonetheless, the GOP bill would raise the bar for almost anyone trying to take a company to court over coronavirus exposure. A plaintiff would have to prove that a company was grossly negligent in their handling of the virus, and that it had failed to take even “reasonable” steps to follow government guidelines on the pandemic.

David Muraskin, a lawyer with the nonprofit Public Justice, said a company could avoid a lawsuit even if it didn’t take basic precautions. In the case of meatpacking, he noted, the federal government has not told employers they must meet certain social distancing measures ― only that they should try where possible. With few mandatory rules to follow, Muraskin said, there are not many requirements a company has to meet to demonstrate it was being reasonable.

“I would need to show that you had this almost purposeful intent to be unreasonable and prove it, and that is a very high standard,” said Muraskin, whose group filed a lawsuit on behalf of workers against the meat processor Smithfield. “But the defendants only have to show that they [took] reasonable steps to comply with some set of guidelines.”

For those who can successfully sue, the GOP bill puts a cap on noneconomic damages, like pain and suffering. It also helps companies move lawsuits out of state courts and into the federal system, an arena plaintiffs lawyers say is more business-friendly.

Most illnesses and deaths stemming from work end up in the workers compensation system as opposed to state or federal courts. But Muraskin said that if the legislation became law, it would impact cases where a worker contracted coronavirus on the job and then took it home to family members who became sick and died.

“It shows such a lack of concern for human beings, and [lack of] an appreciation for what people on the ground are going through,” he said.

The bill would also exempt businesses from being fined by the Occupational Safety and Health Administration, so long as they were “generally following” coronavirus guidelines and “attempted to satisfy” them. Despite thousands of complaints, OSHA has only issued a small handful of citations related to the coronavirus so far, suggesting employers have little to fear in terms of a crackdown.

OLIVIER DOULIERY via Getty Images Senate Majority Leader Mitch McConnell (R-Ky.) has made a priority of liability protections for corporations.

“It’s essentially exempting employers from OSHA enforcement, because the [Centers for Disease Control and Prevention] guidelines are so vague that they don’t really require anything,” Berkowitz said. “It’s very easy to say you complied with them. This is tying OSHA’s hands.”

If employers can meet that low bar, the legislation also protects them from claims under several other federal labor laws ― the Civil Rights Act, the Americans with Disabilities Act and the Federal Labor Standards Act, which includes minimum wage and overtime protections ― in cases involving the coronavirus.

The liability protections would be in place until at least the fall of 2024.

Cornyn defended the proposed liability changes on Tuesday, saying it’s “not true” that family members of essential workers who die from coronavirus wouldn’t be able to get justice if the proposal is made into law.

“We want to make sure people can go safely back to work. … One of the disincentives for people to do that is the threat of litigation,” Cornyn told reporters at a weekly press conference.

The GOP’s insistence that liability protections be included in the next coronavirus relief package sets up another showdown with top Democrats, who have called the proposal a giveaway to big corporations. The two sides are also far apart on the extension of added unemployment benefits, aid for states and localities, and food assistance, among other things.

McConnell has a weaker hand in this round of negotiations than he did in March when Congress passed the $2.5 trillion CARES Act with nearly unanimous support, however. Many of his GOP colleagues, for example, now say they are opposed to passing any additional stimulus, citing its impact on the deficit. The cost of the proposed GOP package, $1 trillion, will likely only grow in order to win the necessary support of congressional Democrats, they say.

“It’s a mess,” Sen. Josh Hawley (R-Mo.) said Tuesday. “I can’t figure out what this bill’s about … this is not going to be the bill. They’re going to go negotiate with [House Speaker Nancy] Pelosi. We have no idea what the final bill will be.”

Democrats, meanwhile, accused Republicans of seeking to scuttle the negotiations by taking a hard-line stance on their liability proposal. Emerging from a meeting with top White House officials on Tuesday afternoon, Pelosi and Senate Minority Leader Chuck Schumer (D-N.Y.) took aim at McConnell after he told reporters, “We’re not negotiating over liability protections.”

“It sounds like a person who has no interest in getting an agreement,” Pelosi said. “That wasn’t a good way for us to start the discussion.” 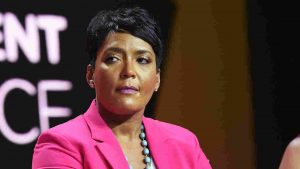 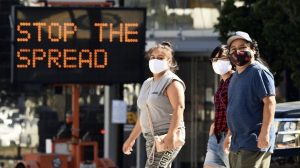 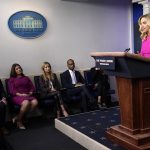 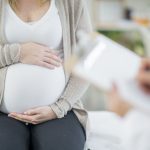 Should pregnant women get a COVID-19 vaccine? What about women considering pregnancy? Guidance is hard to find because trials exclude pregnancy.