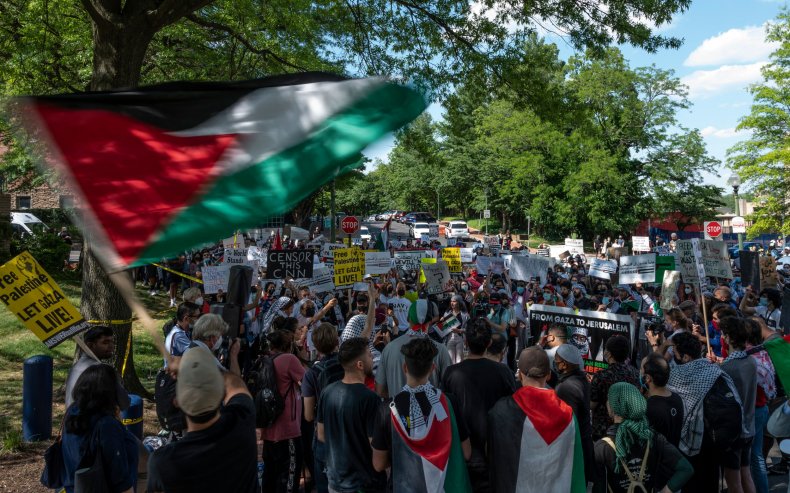 Protesters have rallied in solidarity with Palestinians outside Israel’s embassy and consulates in the U.S. as the conflict in the Middle East continues.

The latest escalation in violence on the Gaza Strip began on May 10. At least 219 Palestinians have been killed in Israeli airstrikes since that date, the Associated Press has reported, citing the Gaza health ministry. AP said 12 people in Israel had been killed in rocket attacks launched by Hamas, which controls Gaza.

Water, fuel and medical supplies are running low in Gaza, which is one of the most densely populated places on the planet and has been under a blockade by Israel and Egypt since Hamas seized control in 2007.

As the death toll mounts, President Joe Biden is coming under increasing pressure to do more to stop the fighting. Over the past week, the U.S. has repeatedly blocked a proposed U.N. Security Council statement that would have expressed concern for civilian deaths and demanded an end to the violence.

But a readout of a call that Biden had with Prime Minister Benjamin Netanyahu of Israel on Monday said the president had expressed support for a ceasefire.

On Tuesday, White House press secretary Jen Psaki did not confirm whether or not the president had called for an immediate halt to the fighting, but told reporters he “wants to see an end to the violence on the ground, an end to the suffering of the Israeli and the Palestinian people.”

The crisis has prompted worldwide protests. In recent days, demonstrations have been held outside seven of Israel’s eight consulates in the U.S. (except Miami), as well as the Israeli embassy in Washington, D.C.

Scores of people gathered outside the Israeli embassy in D.C. on Tuesday to protest Israel’s military actions in Gaza.

Protesters also mourned victims of the fighting next to mock coffins draped with the Palestinian flag.

Hundreds of demonstrators gathered in front of the Israeli consulate in New York City on Tuesday.

According to NBC New York, pro-Israel counter-protesters showed up and the two groups traded chants and insults. Some of the confrontations led to punches being thrown and arrests.

The consulate sent staff home ahead of the protest, the TV station reported.

Protesters also gathered outside the offices of Israel’s Permanent Mission to the United Nations and marched through the streets of midtown Manhattan, shutting down parts of Second Avenue.

Pro-Palestinian protesters gathered outside the Israeli consulate in Los Angeles on Tuesday.

“What do we want? Justice! When do we want it? Now!” they chanted at the entrance to the building, according to footage shared on Twitter.

Vishal Singh, who filmed the demonstration, tweeted that supporters of Israel had driven past “and verbally accosted pro-Palestinian protesters.” Singh added that police had “moved in and told the Palestinian supporters to go back onto the sidewalk.”

He later posted footage that he claimed showed the Los Angeles Police Department “kettling” the demonstrators. “Kettling is a tactic that involves surrounding and trapping protesters,” Singh tweeted.

Protests in Boston took place on Saturday—coinciding with Nakba Day, or the Palestinian Day of Catastrophe, which marks the displacement of Palestinians as the state of Israel was founded in 1948.

Thousands of demonstrators gathered in Copley Square before marching to the Israeli consulate for New England, according to videos on social media.

On May 12, hundreds of protesters attended a rally outside the Israeli consulate to the Midwest in Chicago.

Marchers gathered downtown before walking to the consulate for a rally organised by the Chicago Coalition for Justice in Palestine, NBC Chicago reported. They called for action to be taken against Israel over its military campaign and the expulsion of Palestinians from their homes.

At the weekend, protesters rallied in Grant Park before marching through the streets of downtown Chicago.

Pro-Palestinian protesters gathered outside the Israeli consulate in San Francisco for rallies at the weekend and on Tuesday.

At least 1,000 people attended a rally in front of the consulate on Tuesday, according to NBC Bay Area reporter Terry McSweeney.

He posted a video showing the crowd waving Palestinian flags behind a barricade as police guarded the building.

A large crowd of protesters gathered outside the Israeli consulate in Houston, Texas, on Tuesday.

“Free, free Palestine, occupation is a crime, from the river to the sea, Palestine will be free,” they chanted, according to a video posted on social media by journalist Sam Russek.

Russell tweeted that police officers were hastily erecting fencing to keep the protesters off the road.

Hundreds of protesters rallied in front of the Israeli consulate in Atlanta on Tuesday.

The protest, organized by the Palestinian Youth Movement, demanded that the U.S. end all weapon sales to Israel, CBS46 reported.

One member of the group identified only as Abdallah told the TV station: “We want to make sure our voices are heard here and they know they’re not alone over there.”

Another protester, Dalya Alsaslihi, said: “I’m just really really angry. It’s our land, it’s our culture. They’re trying to wipe it all out.” 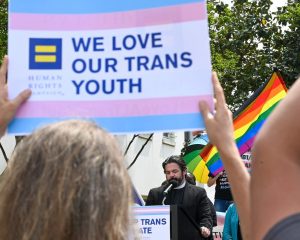 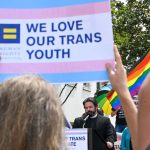 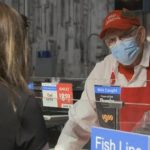 Mask comes off: Indoor mandates for vaccinated people ending in at least 25 states 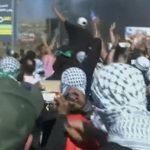 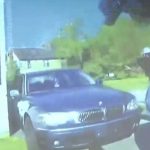