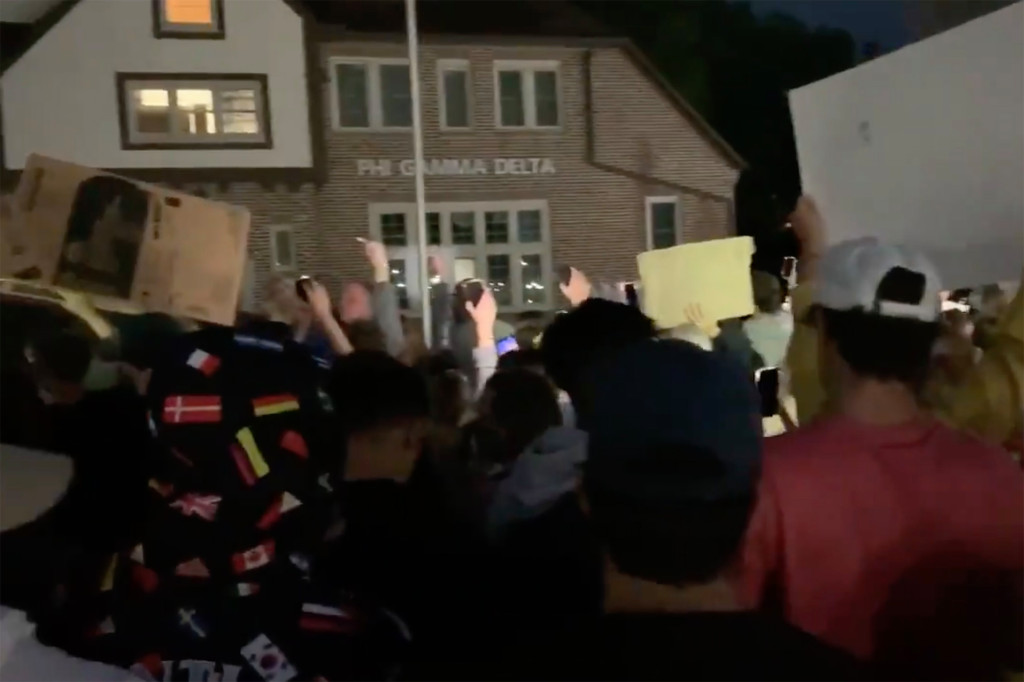 A large protest broke out in front of a fraternity in Iowa Tuesday night to demonstrate against an alleged sexual assault that took place at the house a year ago.

Some protesters broke windows on the Phi Gamma Delta house, whose members are commonly called Fijis, at the University of Iowa in Iowa City and others broke into the house, according to KGAN-TV Cedar Rapids – but it’s unclear if any damage was done inside.

The protest came a day after an online petition with more than 82,000 signatures by late Tuesday called for the frat to be shut down. The fraternity’s University of Nebraska-Lincoln chapter was suspended last Wednesday following its own allegation.

The Iowa petition claims a sophomore girl was drugged, raped and videotaped by members of the frat last September.

“I just think enough is enough,” a female student and protester who wished to remain anonymous told KGAN. “This has been going on for far too long at universities across the United States. Men are getting away with sexual violence against women, and we’re sick of it. We are the generation that’s gonna stop it. It’s over.”

UI said in a letter to the “university community” that the school “does not condone sexual misconduct of any kind and takes every allegation seriously,” adding for further investigation to proceed anyone with information on the alleged attack should go to the school’s Office of Institutional Equity.

Protesters have gathered outside of the chapter’s UNL house for the last week since the separate allegation of a sexual assault on Aug. 23 surfaced.

A 17-year-old female student reported the alleged assault by a 19-year-old student at the house to the Lincoln Police Department last week, according to the Lincoln Journal-Star.

The UNL chapter was put on probation in 2015 and suspended from 2017 to 2020 over for alcohol-related offenses and alleged sexual misconduct, the newspaper reported.

The Nebraska protesters were also calling on the university to shut the frat down. 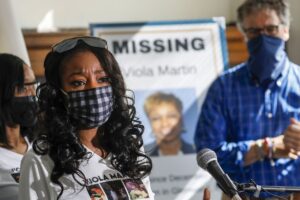 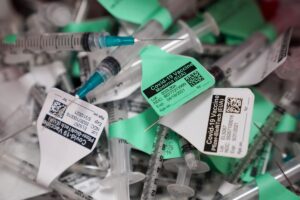 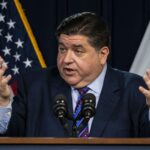 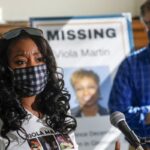 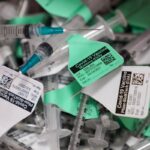 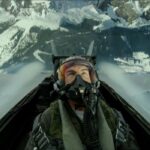