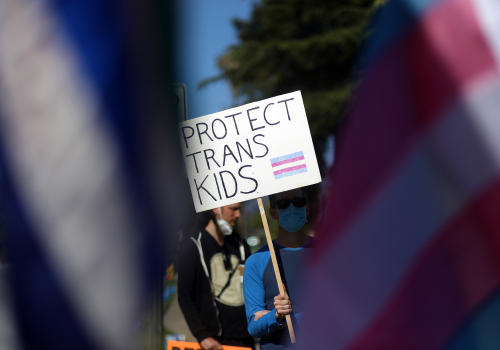 SAN JOSE — About 25 people waved signs Sunday on the side of Calvary Chapel San Jose to protest the appearance of a national speaker who leads what the Southern Poverty Law Center describes as an anti-LGBTQ hate group.

The rally was held on the first weekend of Pride month, when LGBTQ  groups organize community events in the Bay Area and around the country. The church is no stranger to recent controversy; its refusal to abide by public-health orders against large indoor gatherings during the pandemic led to some $1 million in fines.

The event Sunday led to impromptu debates over personal freedom that underscored the intersection of a divided society. They surfaced when some worshippers approached demonstrators after Tony Perkins, head of the Family Research Council in Washington D.C., spoke at a morning session.

“This is not a protest against Christianity,” said organizer Carly Fox, a Castejilla High School history teacher. “I identify strongly with who Christ was in the world. For me, it is for so-called Christians to be more Christ-like.”

Church representatives passed out water bottles and doughnuts to the demonstrators inviting them inside to hear Perkins. Some rejected protestors’ contentions that Perkins is anti-gay and a supporter of white supremacy.

Stoller offered Mickas some of Perkins’ previous statements that the Southern Poverty Law Center has highlighted.

While churchgoers and protestors intermingled on the corner of Hillsdale Avenue and Calvary Way, a small group of men gathered across the street, saying they were on guard to keep the peace. None of them would give their names but one man said his group was on-site in case “Antifa or BLM” supporters showed up to cause trouble.

Calvary Chapel has become a lightning rod for controversy because of church leaders’ stance on the COVID-19 pandemic. In the past year, the sprawling church in the Willow Glen neighborhood repeatedly defied shelter-in-place orders and faced more than $1 million in fines from Santa Clara County public health officials.

“Tony Perkins is a pastor of the gospel of Jesus Christ and loves people — all people,” Calvary pastor Mike McClure said in an email to the Bay Area News Group. “Our church is filled with people all over the world from every kind of background and we have this one thing in common—we have experienced the cleansing power of the blood of Jesus Christ. Period.” 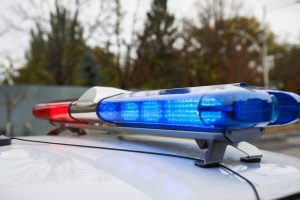 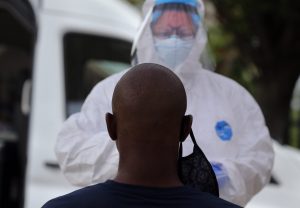