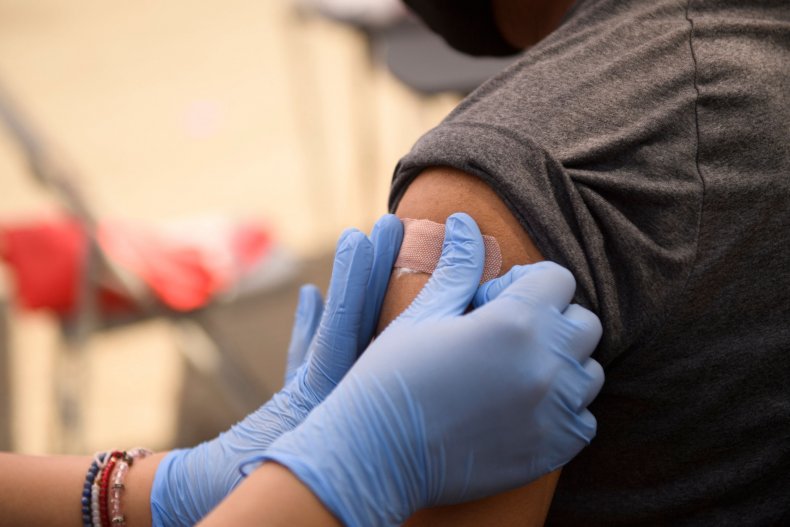 Over 900 people have received a third dose of a COVID-19 vaccine before the U.S. Food and Drug Administration (FDA) has recommended third doses as booster shots against the coronavirus.

An Associated Press review of a database run by the Centers for Disease Control and Prevention (CDC) found that U.S. health care providers have reported the additional inoculations but the full extent of people who received them is unknown, as reporting to the database is voluntary. It’s also unknown if every person who received a third shot was trying to get it as a booster.

“I don’t think that anyone really has the tracking” in place to know how widespread people receiving third doses is, said Claire Hannan, executive director for the Association of Immunization Managers.

When the Delta variant started spreading, Gina Welch decided not to take any chances: She got a third, booster dose of a COVID-19 vaccine by going to a clinic and telling them it was her first shot.

The U.S. government has not approved booster shots against the virus, saying it has yet to see evidence they are necessary. But Welch and an untold number of other Americans have managed to get them by taking advantage of the nation’s vaccine surplus and loose tracking of those who have been fully vaccinated.

Welch, a graduate student from Maine who is studying chemical engineering, said she has kept tabs on scientific studies about COVID-19 and follows several virologists and epidemiologists on social media who have advocated for boosters.

“I’m going to follow these experts, and I’m going to go protect myself,” said Welch, a 26-year-old with asthma and a liver condition. “I’m not going to wait another six months to a year for them to recommend a third dose.”

While Pfizer has said it plans to seek FDA approval for booster shots, health authorities say that for now, the fully vaccinated seem well protected.

One entry in the CDC database shows a 52-year-old man got a third dose from a California pharmacy on July 14 by saying he had never received one and by providing his passport, rather than a driver’s license, as identification. But when the pharmacy contacted the patient’s insurance provider, it was told he had received two doses in March.

In Virginia, a 39-year-old man got a third shot from a military provider on April 27 after he showed a vaccine card indicating he had received only one dose. A review of records turned up his previous vaccines. The patient then told the provider that the time between his first and second doses was more than 21 days, “so they spoke to their provider, who ‘authorized’ them to get a third shot,” an entry states.

Colorado Governor Jared Polis said at a recent news briefing that he knew of residents who had received a third dose by using fake names, but neither his office nor the state health department could provide any evidence.

Despite a lack of FDA approval, public health officials in San Francisco said Tuesday that they will provide an extra dose of the Pfizer or Moderna vaccine for people who got the single-shot Johnson & Johnson variety—referring to it as a supplement rather than a booster.

Several studies are looking at booster shots for certain at-risk groups—people with weakened immune systems, adults over 60 and health care workers. But the verdict is still out on whether the general population might need them, said Dr. Michelle Barron, senior medical director for infection prevention at UCHealth, a not-for-profit health care system based in Aurora, Colorado. She said the best data in favor of possible boosters is for people whose immune systems are compromised.

Israel is giving boosters to older adults, and several countries, including Germany, Russia and the U.K., have approved them for some people. The head of the World Health Organization recently urged wealthier nations to stop administering boosters to ensure vaccine doses are available to other countries where few people have received their first shots.

Will Clart, a 67-year-old patient services employee at a Missouri hospital, got a third dose in May by going to a local pharmacy. Clart said that he gave the pharmacist all of his information but that the pharmacist didn’t realize until after administering the shot that Clart’s name was in the vaccine system.

“It sounded like there was a benefit to it. And there’s also been talk that eventually we’ll need a booster—mine was five or six months out and so I thought well I’ll go ahead, that’ll give me a booster,” Clart said.

Ted Rall, a political cartoonist, explained in a Wall Street Journal op-ed that he got a booster because of a history of lung problems, including asthma, swine flu and repeated bouts of bronchitis and pneumonia.

“I made up my mind after reading a report that states were likely to toss 26.2 million unused doses due to low demand. My decision had no effect on policy, and I saved a vaccine dose from the garbage,” Rall said.

Welch, the graduate student from Maine, put the blame on people who have refused to get the vaccine for political reasons. About 60 percent of eligible people in the U.S. are fully vaccinated.

“Their absolute demand and screeches for freedom is trampling our public health and our communal health,” Welch said. 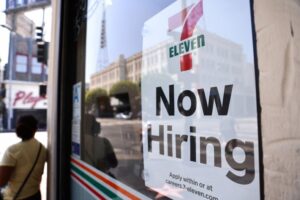 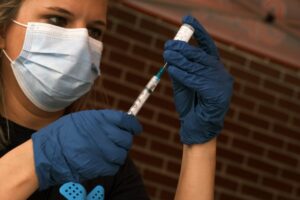 Does Natural Immunity to COVID-19 Offer Better Protection Than Getting the Vaccine?