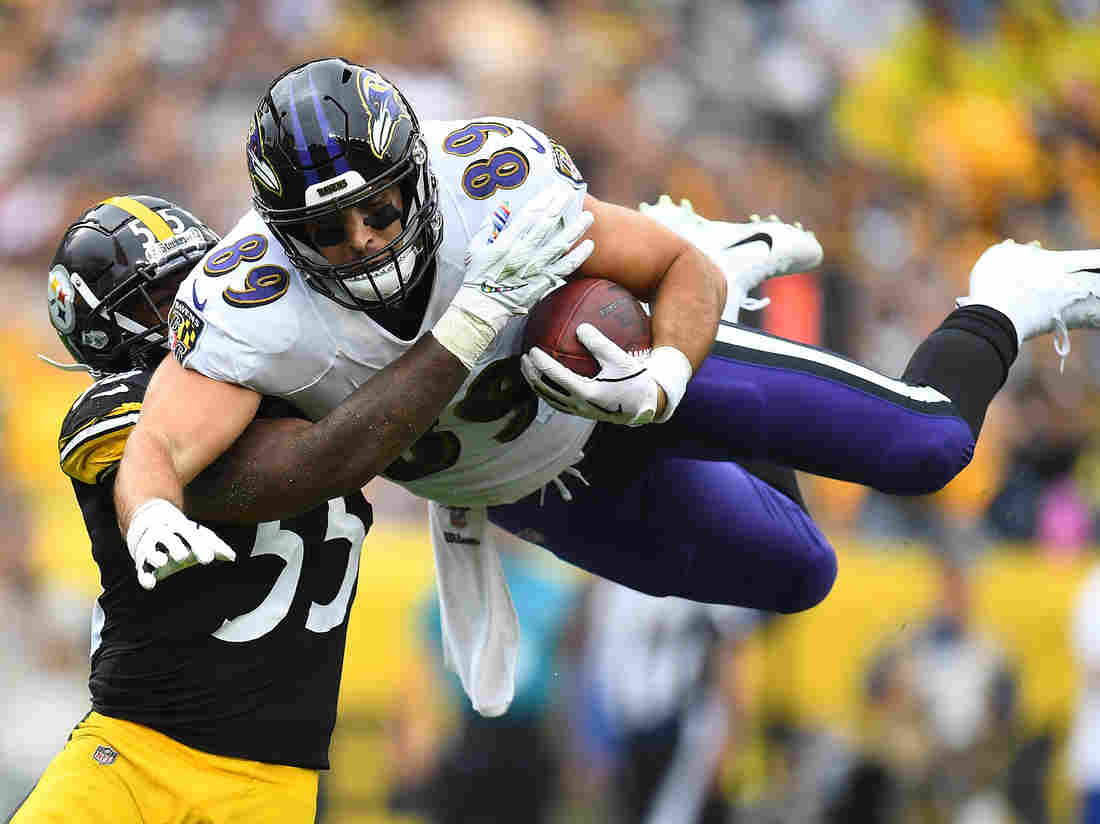 Mark Andrews, right, of the Baltimore Ravens hurdles Devin Bush, left, of the Pittsburgh Steelers during the first quarter at Heinz Field on Oct. 6, 2019 in Pittsburgh. This season, the Thanksgiving matchup between the two teams has been canceled due to a coronavirus outbreak. Joe Sargent/Getty Images

NFL fans who plan to watch football after Thanksgiving dinner will have to make new plans this year.

That’s because the NFL has postponed Thursday night’s Baltimore Ravens and Pittsburgh Steelers game to Sunday, the league announced Wednesday. Two other NFL games will take place earlier in the day on Thursday.

This comes as at least seven Ravens players this week have tested positive for the coronavirus or have been in close contact with someone who was infected, per team news releases. Players who test positive must quarantine for 10 days.

Two other players are on the team’s reserve/COVID-19 list this week, which means they either contracted the coronavirus or came into close contact with someone who had it, according to the Ravens’ roster.

Because of new coronavirus guidelines that will go into effect in Pennsylvania on Friday night, fans will no longer be able to attend the rescheduled game, according to Steelers spokesperson Burt Lauten. Around 5,500 fans were expected to attend on Thursday before the game’s cancelation.

“This decision was made out of an abundance of caution to ensure the health and safety of players, coaches and game day personnel and in consultation with medical experts,” the NFL stated.

Football fans will still have games to watch on Thanksgiving. The Houston Texans and Detroit Lions will play at 12:30 p.m. ET, and the Washington Football Team and Dallas Cowboys play at 4:30 p.m. ET.

“We appreciate the NFL for its diligence in working closely with us to ensure the well-being of players, coaches and staff,” the Ravens said in a statement. “Protecting the health and safety of each team, in addition to our communities at large, is of utmost importance.”

In September, the Steelers’ game against the Tennessee Titans was postponed to their Week 7 bye because of a coronavirus outbreak among Titans players and staff.

Several Steelers players took to Twitter to express their dismay and disdain about the postponement, the second of the season due to COVID-19.

“First the NFL takes away our bye week because another team can’t get their Covid situation together, now they take away our Thanksgiving primetime game for the same reason. Smh,” tweeted star wide receiver JuJu Smith-Schuster following the announcement.

First the NFL takes away our bye week because another team can’t get their Covid situation together, now they take away our Thanksgiving primetime game for the same reason. Smh. 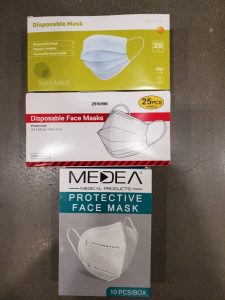 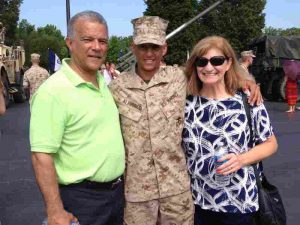