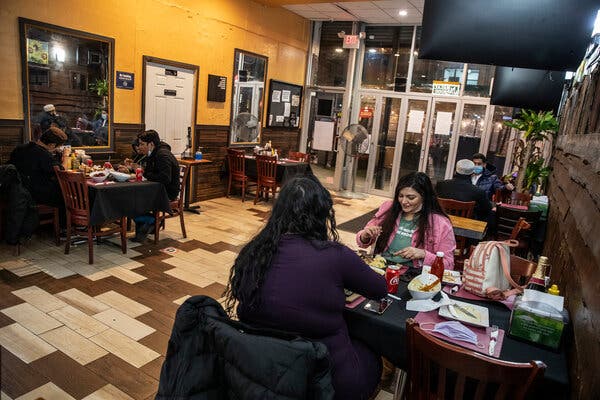 Gov. Andrew M. Cuomo announced this week that businesses like indoor fitness studios would be allowed to reopen.

Gov. Andrew M. Cuomo announced recently that New York City would take several more steps toward normalcy: More people would soon be allowed in restaurants; an 11 p.m. curfew at businesses like movie theaters would end; and yoga classes, among other indoor fitness activities, would be allowed to restart.

“Covid’s coming down, vaccine rates are going up,” the governor said at a news conference on Thursday. “Start to look to the future aggressively, and let’s get back to life and living and get that economy running, because it is safe.”

Daily coronavirus cases reported in the city and state appear to have reached a plateau after a post-holiday spike, death rates and hospitalization rates related to the virus are on the decline, and more people are receiving the vaccine.

But not everyone agrees that reopening is safe, partly because the presence of variants that are more contagious, and possibly deadlier, complicate the short-term outlook.

“Our health care team has said very clearly this is not what they would have done,” Mayor Bill de Blasio said on Thursday about the reopening of fitness studios. “The state just doesn’t care.”

So is now a good time to take in a ballgame or break out your dusty yoga mat? Opinions are divided.

The case for reopening

For business owners and state officials, the case is clear: just look at the numbers.

These dips have occurred in the weeks since the governor reopened more businesses in the city, like movie theaters, expanded indoor dining to 35 percent capacity and began allowing a limited amount of people to attend professional sporting events.

“As the governor has said, we see reopening as a series of valves, and if the reality on the ground changes, we will take swift action to tighten up restrictions,” said Jack Sterne, a spokesman for the governor.

Mr. Sterne said that the state had not linked any coronavirus outbreaks to gyms since they reopened everywhere in the state last year, or fitness studios, which have been allowed to operate outside of the city for months.

Also, he pointed to the state’s increasing number of vaccinations. As of this week, more than two million people have received at least one dose of the vaccine in the city.

Reopening fitness studios has been a particular sticking point for city officials, who contend that packing people into a room where they are breathing hard and could sweat through their masks is a hothouse for the virus.

Katie Muehlenkamp, who owns two Bar Method studios in Brooklyn, noted that fitness classes have been open in the rest of the state and in neighboring states for months, often with far less-stringent restrictions than those they will face in the city.

“I am absolutely confident that we can provide as safe an environment in fitness studios as that you can see in every other industry that’s operating right now,” Ms. Muehlenkamp said.

But researchers at the Centers for Disease Control and Prevention published a study in February that linked high-intensity exercise to outbreaks in gyms in Chicago and Honolulu. The outbreaks occurred even though classes at the gyms were limited to 25 percent of their usual size, with only 10 to 15 people in attendance.

The researchers urged gym-goers to wear masks and exercise with six feet of distancing.

Dr. Jay Varma, the mayor’s senior adviser for public health, said on Thursday that “we have seen data from outbreaks here in the United States as well as internationally” connected to fitness classes, “so this is an area where people need to be extremely careful.”

Mr. Sterne said that the C.D.C. studies focused on instances in which gym-goers did not wear masks and ignored other safety measures.

Ms. Muehlenkamp said that she thought it was an unjust oversimplification for regulators to lump low-impact workouts like hers in with more intense forms of exercise.

Saskia Popescu, an epidemiologist at George Mason University, said that she thought it might be OK to resume indoor fitness activities, with the right precautions.

“Ultimately, I don’t think it should be about either/or, but rather — what is the community transmission and can these classes be done outside or effectively run indoors with continued masking and infection prevention measures?” Dr. Popescu wrote in an email.

The numbers might not be telling the whole story

Deaths and hospitalizations in the city have fallen in recent weeks, but newly reported cases in New York City are hovering at a 14-day average of more than 3,500 a day, which is still very high, according to a New York Times database.

City officials say it is too soon to relax some of the restrictions that have helped slow the spread of the virus, especially those around fitness classes.

“It’s not a good time to be opening up in many of the ways that our state and city seem to be opening up,” said Denis Nash, an epidemiologist at New York University, adding that “I really don’t understand the calculus, and I don’t know what public health rationale there is behind the decisions.”

Dr. Nash said that the level of community transmission was still high in the city and that because testing has decreased, the actual number of daily cases could be up to three times as many as are being reported. (The average number of people getting tested per day has significantly dipped since January, according to city data.)

The leveling number of new cases could indicate an inflection point and precede a sharp rise, he said.

Dr. Wafaa el-Sadr, an epidemiologist at the Mailman School of Public Health at Columbia University, said she was dubious of claims that reopening different businesses and activities had not resulted in more infections.

“We cannot say that with any certainty,” Dr. el-Sadr said. “It is very difficult for most people to know where they acquired infection, except for those who acquired infection in their households. There must be a reason why we are consistently seeing such a large number of daily cases in the city.”

“As cases decline we’ll continue to see reopening of businesses and activities,” she said. “The key is to do so slowly and incrementally to avoid another surge.”

The uncertainty surrounding reopening is compounded by virus variants that have appeared more prominently in the city in the past few weeks.

It is difficult to say how widespread any of them are because so far the city has sequenced fewer than 1,000 samples each week since early February, out of a weekly average of more than 18,000 confirmed cases of the coronavirus in the past four weeks.

But two of the variants — B.1.1.7, which was first discovered in Britain and is highly transmissible; and B.1.526, which was first detected in New York City and shares characteristics with variants first found in South Africa and Brazil that seem to make vaccines less effective — appear to be increasing steadily in the samples that have been sequenced (a sample size, the city cautions, that is still very small and may not convey the full extent of the problem).

“We don’t know very much about new variants,” said Dr. el-Sadr. “Yes, there needs to be expanded sequencing in N.Y.C. on random sample of positives in order to avoid jumping to conclusions based on limited data.” 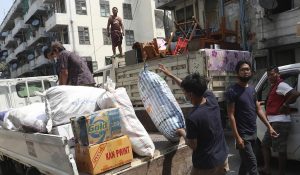 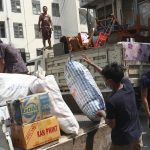 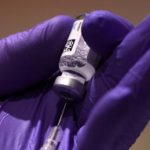 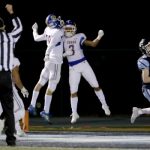 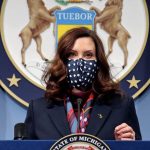