Masket: Will political parties protect us from violence, or make it worse?

This country has experienced some significant political violence over the past year, and we may be staring down some more in the near future. We’re also experiencing historic heights in partisanship. A vital question for us right now is whether America’s political parties will help us or make the violence worse.

Parties, that is, actually play a pretty prominent role in the political culture of a country, and can affect levels of political violence. How might this work?

In their 2018 book How Democracies Die, Daniel Ziblatt and Stephen Levitsky portray political parties as playing a vital role as the gatekeepers of democracy. They decide who gets to run for high office and who doesn’t.

As the authors note, quite a few would-be authoritarians could have made promising presidential nominees in the early and mid-20th century. This includes people like Charles Lindbergh, Henry Ford, Huey Long, and George Wallace. Then, as now, it simply wasn’t a realistic path to the presidency to run without the backing of a major political party. And the political parties of that era just weren’t interested in them.

There were any number of reasons why the parties might not have wanted to run an autocrat for president. They may have honestly thought those people would be bad for the country. More pragmatically, populist authoritarians aren’t necessarily great agents for advancing a party’s agenda; they have their own ties to the electorate, they don’t necessarily need the party all that much and aren’t on board with its plans, and so forth.

Importantly, parties generally don’t turn down these candidates because they deem them unelectable; undemocratic behavior, sadly, isn’t disqualifying as far as most voters are concerned. That’s why it’s beneficial when party leaders can simply take such options off the table in the first place.

So in this sense, parties are truly helpful to a democracy. They can keep the most violent options off of ballots, avoiding some truly destructive outcomes.

But what if parties can also make political situations worse? That’s the subject of Nathan Kalmoe’s recent book, With Ballots and Bullets.

Kalmoe mainly focuses on the American Civil War, finding that the Democratic and Republican parties of the 1860s played a key role in promoting and escalating conflict. Partisan newspapers promoted enlistment, and partisan activists pushed citizens into acceptance of combat with their political opponents.

Party leaders also played a key role in maintaining enthusiasm for the war and keeping local areas loyal to the cause and to their preferred party even as death tolls mounted. Ultimately, Kalmoe argues, the Civil War was a war between the major political parties, demonstrating their power to structure conflict beyond the ballot box.

So which is it? Should we expect parties to further goad us into conflict with each other or to pull us out of a violent death-spiral?

Of course, parties are nothing but organizations that we build. They come from us, and have our same devotions to violence and to peace, so there’s no reason to expect just one thing from them.

But the kind of role that Ziblatt and Levitsky envisioned for them in screening out anti-democratic candidates involves them actually doing some screening. That is, if parties have some real power, it involves making a decision about who should or should not run for office and having the ability to enforce that decision.

Importantly, the Republican Party massively failed on that count in 2016. Much of the party’s leadership expressed discomfort or alarm about Donald Trump, but it failed to organize to prevent his nomination, and most of the party’s voters largely ignored their concerns. By contrast, the Democratic Party in recent cycles has shown some real strength in picking a preferred candidate and making sure that person wins the nomination, but they’ve also not faced quite the same challenge from a Trump-like candidacy.

If parties just don’t have the ability to screen out violent autocrats the way they did a century ago – or even if only one of the two major parties lacks this power – then we really can’t expect the parties to save us from political violence. Indeed, recent efforts by Republicans to not only rationalize the violence on January 6th but endorse it suggest that the party system not only isn’t keeping us safe, but is moving us toward greater conflict.

Seth Masket is a professor of political science and director of the Center on American Politics at the University of Denver. He is the author of Learning from Loss: The Democrats 2016-2020 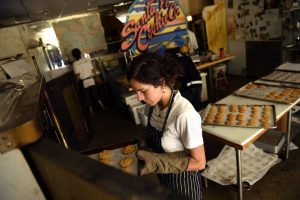 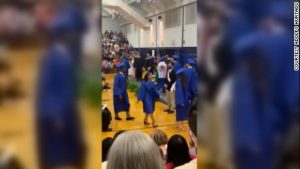 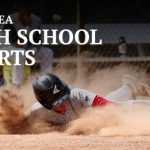 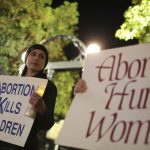 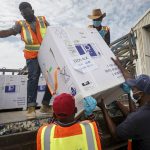 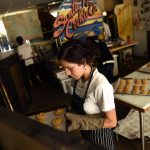