Israel’s Biological Research Institute, which is run by the nation’s Defense Ministry, confirmed on May 5 that it has isolated an antibody it believes could be used to develop treatments against the COVID-19 virus.

The office of Israeli Defense Minister Naftali Bennett announced the isolation of the antibody late the previous night.

“In the next stage, researchers will approach international companies to produce the antibody on a commercial scale,” Bennett’s office said in a statement.

“I am proud of the institute staff for this terrific breakthrough,” Bennett was quoted as saying by the Times of India.

The Times of Israel noted that while this development would not be useful in the creation of a vaccine, it is an important step toward producing an effective drug treatment for those who have already contracted the disease.

The Biological Research Institute’s work has followed a different path than the many research facilities around the world that are working feverishly to develop a COVID-19 vaccine. The Times of Israel report observed:

While a number of scientific institutions around the world have discovered antibodies capable of destroying the COVID-19 virus, the Defense Ministry-run laboratory said it was the first in the world to reach three major milestones: finding an antibody that destroys the virus; that targets this coronavirus specifically; and that is monoclonal, lacking additional proteins that can cause complications for patients.

The report also quoted a statement made by Professor Shuki Shemer, the head of Israel’s Assuta Medical Center and a former director-general of the Health Ministry.

“This is a real breakthrough” involving “scientific and technological capabilities of the first order,” Shemer told Israel’s Channel 13 on May 5.

“They’ve produced an antibody that neutralizes the virus,” he said, acknowledging that “there’s still a long way to go” in terms of testing and approval.

In a commentary published in Forbes on May 5, a contributor correctly observed that the next steps in the Israeli antibody research (e.g., moving from “Petri dish testing to animals and eventually humans,” will “take meaningful amounts of time.” Nonetheless, he opined, “in a global race to find medical interventions for the deadly coronavirus, the Israeli announcement fuels optimism that progress can be made against the novel virus at a rapid pace.”

Progress has also been made in the United States discovering ways to use drugs developed to treat other diseases to also treat COVID-19. A May 1 Fox Business report stated that an experimental drug developed by Gilead Sciences called Remdesivir, which has previously been used to treat the Ebola virus, was approved by the Food and Drug Administration on May 1 as an emergency COVID-19 treatment.

The FDA’s emergency authorization allows healthcare providers to treat patients with “severe” cases of COVID-19, defined as having low blood oxygen levels or needing breathing support such as a ventilator.

FDA Commissioner Dr. Stephen Hahn said at a May 1 White House event announcing the approval of Remdesivir, “Today’s action is an important step in our efforts to collaborate with innovators and researchers to provide sick patients timely access to new therapies where appropriate, while at the same time supporting research to further evaluate whether they are safe and effective.”

Warren Mass has served The New American since its launch in 1985 in several capacities, including marketing, editing, and writing. Since retiring from the staff several years ago, he has been a regular contributor to the magazine. Warren writes from Texas and can be reached at This email address is being protected from spambots. You need JavaScript enabled to view it..

Doctors Learn How to Better Treat COVID-19 Patients, Save Lives 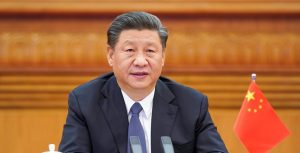 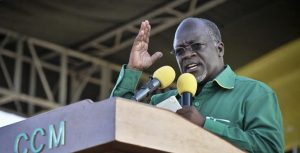