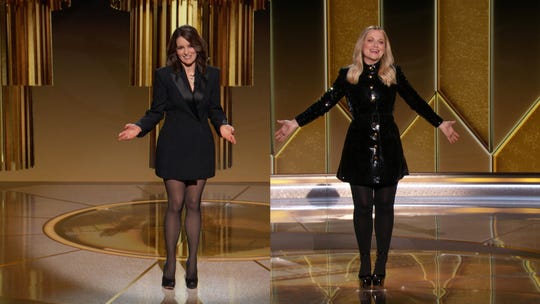 How did it get to be March already? I’m Winston Gieseke, philanthropy and special sections editor for The Desert Sun in Palm Springs, and I’m happy to usher in a new week and a new month with some of the state’s latest headlines.

This year’s Golden Globes took place Sunday in a virtual format which led to a disjointed and somewhat clumsy broadcast with sound and timing problems. Amy Poehler and Tina Fey were hosts from different coasts, and nominees chatted with each other over Zoom during commercials.

Fashion ranged from jaw-dropping gowns (Amanda Seyfried) to tie-dye hoodies and bed head (Jason Sudeikis). The telecast felt even more casual than years past as nominees appeared from their homes with friends, partners, kids and pets.

Amid the mayhem were some genuinely terrific moments, as “Nomadland” drove off with the night’s biggest award for best drama, and Jodie Foster (“The Mauritanian”) and Andra Day (“The United States vs. Billie Holiday”) appeared genuinely surprised by their unexpected acting wins. When Chadwick Boseman, who died last August of colon cancer at age 43, posthumously won best actor for his towering turn in “Ma Rainey’s Black Bottom,” his widow, Taylor Simone Ledward, tearfully accepted the award for him.

The Best Picture Comedy award went to “Borat Subsequent Moviefilm” and the Best Actor in a Comedy went to Sacha Baron Cohen for the same movie.

LAUSD to get enough vaccines to reopen elementary schools

The Los Angeles Times reports that the L.A. Unified School District will get enough COVID-19 vaccines by the end of next week to vaccinate its staff and reopen elementary schools.

A target reopening date of April 9 previously had been announced by the school district — which is the second largest in the nation — but in documents released Monday, the target had been updated to “mid-April.” That may be unrealistic if the goal is to wait until school district employees achieve maximum immunity, which can takes five or six weeks after the initial dose.

Of course, things likely will move faster if the school district can get its hands on some of the one-shot Johnson & Johnson vaccine, which was approved for use last week and is expected to be available Tuesday.

LAUSD Superintendent Austin Beutner praised the efforts of Gov. Newsom for the increase in available doses, saying Newsom has “made vaccinations for school staff a priority from the beginning and is ensuring that’s the reality on the ground in the communities we serve.”

According to Beutner, the district will need 25,000 doses to reopen elementary schools. This will allow the inoculation of not only teachers, administrators and food service workers, but also off-campus staff, including bus drivers.

Getting 25,000 doses would be a “game-changer,” according to Beutner.

In other LAUSD news, AP News reports that in an effort to reduce its carbon footprint, the school district has purchased 10 electric school buses.

“A single electric bus will save more than $10,000 annually in lower maintenance costs as compared with a traditional diesel bus and reduce greenhouse gases by 54,000 pounds each year,” Beutner said via statement.

The district says the buses can cover 155 miles on a single charge and are equipped with integrated wheelchair lifts.

And while we’re on the subject of electric vehicles, a city in Northern California is voting to ban new gas stations, according to a report from Gizmodo.

The City Council in Petaluma, located approximately 40 miles north of San Francisco, was expected to cast the final approval on the measure Monday. The bill will go into effect immediately after that, making Petaluma the first city the United States to ban construction of new gas stations.

While the city only covers 15 square miles, it currently houses 16 gas stations, which city officials say is more than sufficient to serve the needs of its 61,000 residents. (A 17th station, approved prior to the ban, is also on the way.)

“Based on this inventory, there are multiple stations located within a 5-minute drive (2.1 miles at 25 mph) of every existing residence as well as all areas planned for residential development by the 2025 General Plan but not yet constructed,” the bill says.

Gov. Newsom signed a $7.6 billion coronavirus relief package last week that — among a number of benefits such as funding for small businesses, resources for child-care and emergency financial aid for community college students — will bring many Golden State residents an additional $600 in stimulus money.

Are you wondering if you’re eligible for the additional payment? Or when/how you can expect the money? Hop on over to CNET, which has plenty of valuable resources.

California man gets ticket for using mannequin in carpool lane

This photo provided by the California Highway Patrol, West Valley, shows a mannequin in the passenger seat of the driver’s Toyota Tacoma when he was pulled over on Feb. 19, 2021 in Glendora, Calif. A California driver who said he had used a mannequin as his passenger for at least a year and a half in order to access carpool lanes has been cited and faces a fine of at least $400. Officer S. Sullinger was patrolling the eastbound 210 Freeway in Glendora in search of carpool violators. (Photo: California Highway Patrol via AP)

Don’t tell me you haven’t thought of doing this yourself: A California driver who said he had used a mannequin to pose as passenger for at least a year and a half in order to use carpool lanes has been cited and faces a fine of at least $400.

Adorned with gray hair, wrinkles, glasses, a Cleveland Indians baseball hat and a face mask, the mannequin was sitting in the passenger seat of the driver’s Toyota Tacoma when he was pulled over on Feb. 19.

Officer S. Sullinger, who was patrolling the eastbound 210 freeway in Glendora in search of carpool violators, noticed that the Toyota’s front passenger was suspicious and that the vehicle had tinted windows on its front passenger side, which is illegal.

Sullinger knew the passenger was fake when the driver rolled down his window. The driver was cited for the carpool infraction but the mannequin was not confiscated. According to the Los Angeles Daily News, there is no additional punishment for trying to dupe officers in this way.

While other drivers have attempted to use mannequins, blankets or even dolls to make it look like there is another person is in the vehicle, this Cleveland Indians Fan was the most realistic attempt at carpool lane deception Sullinger had ever seen.

Have a great rest of your Monday!

In California is a roundup of news from across USA Today network newsrooms. Also contributing: AP News, CNET, Gizmodo, Los Angeles Daily News. We’ll be back in your inbox tomorrow with the latest headlines. 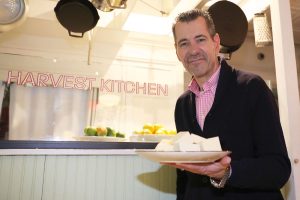 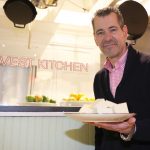 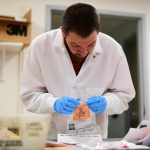 More than 800 Coloradans may have contracted COVID-19 twice, but confirmation hard to come by 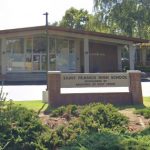 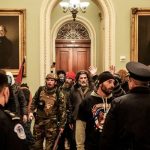