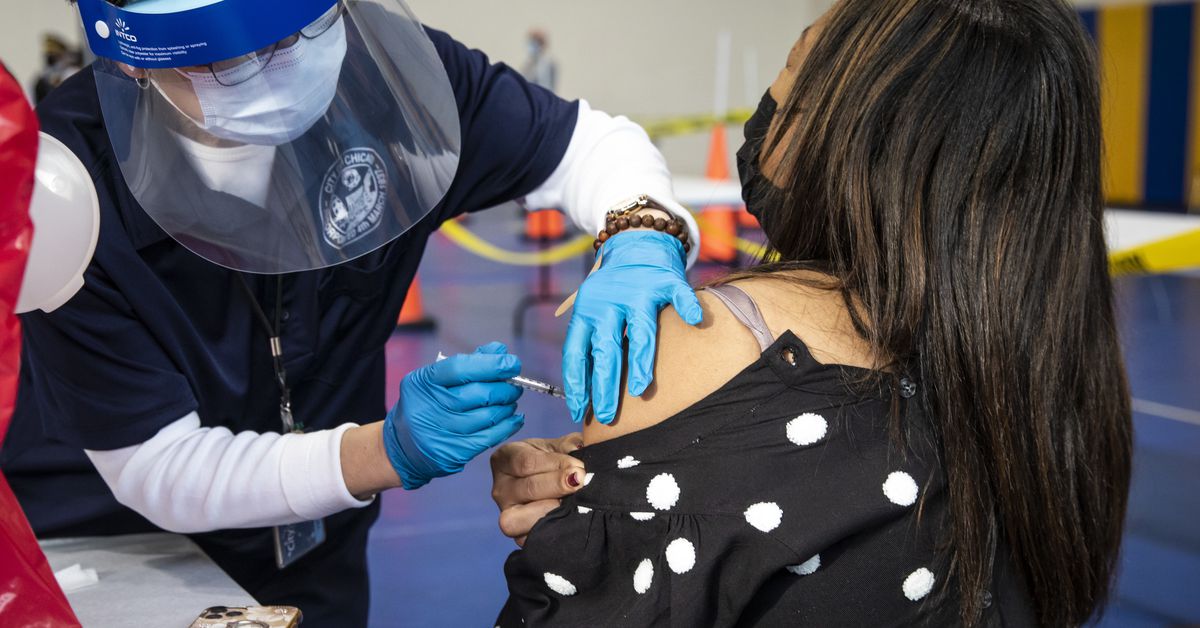 Illinois on Sunday recorded its smallest COVID-19 daily caseload in more than a year.

Those cases were diagnosed among the 38,386 tests, bringing the average statewide positivity rate to a record low of 1.2%.

State health officials also announced an additional 37 virus-related deaths. Eleven of those fatalities were reported in the Chicago area and includes a Cook County man in his 40s.

Illinois’ pandemic death toll is up to 22,949 among the nearly 1.4 million people who have tested positive since March 2020.

The news comes as another 48,500 vaccines were administered Saturday, officials said. That brings the nearly sixth month total to 11,531,838.

About 68% of adults in Illinois have received at least one shot, and 51% of people 18 and older are fully vaccinated, according to the Illinois Department of Public Health. Despite the progress, Illinois is still a long way from reaching the threshold for herd immunity, which experts estimate would require at least 80% of the population to have immunity.

Vaccine distribution has slowed in recent weeks, with the state doling out an average of about 37,500 shots per day over the last week — down about 70% from two months ago when the state was averaging nearly 126,850 inoculations per day.

Public health officials have started to get creative by incentivizing getting the life-saving shots. On Saturday, dozens of people got inoculated at “Vax & Relax,” a pop-up vaccination event hosted by the Chicago Department of Public Health at It’s Official Barbershop in Englewood.

People who got vaccinated at the event received tickets to Six Flags and free haircuts.

City health officials targeted Englewood because it has the lowest community vaccination rate in Chicago. Only about 30% of residents in the neighborhood have gotten a shot, according to city data.

“It cuts out trying to find locations,” said Donald Coleman, who co-owns It’s Official Barbershop with his wife, Channal. “If you start in the neighborhood where the people live, then you have a better chance of getting more to come.”

For help finding a vaccine appointment in Chicago, visit zocdoc.com or call (312) 746-4835. The city is offering in-home vaccinations to any resident 65 or older, as well as those with disabilities or underlying health conditions. 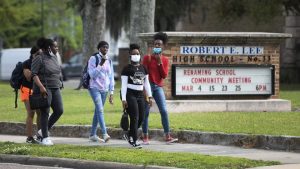 'It's the right thing to do': Florida school board votes to rename 6 Confederate-tied schools 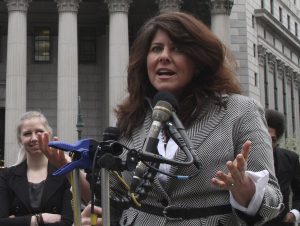