'How A Kidnap Attempt and COVID-19 Led Me To Love' 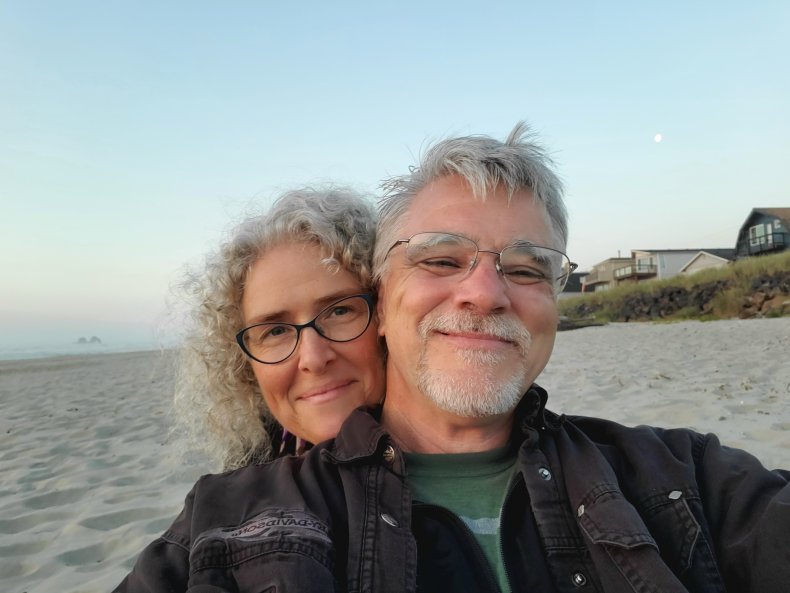 In October 2015, I travelled to a remote farmhouse in Maine for what I believed was a family mediation. When I arrived, a man wearing a disguise immediately attacked me with a taser as I was about to get out of my vehicle. I had been lured to a vacant farmhouse by a man planning to kidnap me and his accomplice.

The more I screamed, the more my attacker smiled. When he reached to smother my screams, I leaned back into the passenger seat to escape, and he began to climb in on top of me. I grabbed at his hair, and the wig he was wearing as part of his disguise came down into my lap. I kicked him until I kicked only air. He plucked his wig from my lap and disappeared into the darkness. I drew my legs into my car, locked the doors, and waited for the next assault. Instead, his van started slowly driving away down the driveway. I followed it down, then called 911.

Had they managed to kidnap me, I don’t believe I would be alive today. I was targeted for the role I had played in a case involving my attacker’s family, but I hadn’t seen my attacker in four years. Though my attacker was locked in jail within 24 hours of the incident, his accomplice roamed free.

After the attack, I was fearful and hypervigilant. Where before I had loved being alone in nature, now, I always needed to be somewhere where people could hear me scream. I was afraid of the sun setting, and I was terrified of darkness. I needed quiet or I would tip into anxiety. I needed my then-husband by my side every night. I felt unsafe in new situations, with new people or with too many people.

I continued my role as a mediator, working with individuals and groups to help resolve conflict, but it took a lot out of me and I needed plenty of time to rest and recover. I began to bring my dog with me to my office in case of an attack.

For the first year after the attempted kidnapping, my then-husband was attentive and grateful that I was alive. However, as time progressed we drifted further apart. It could have been caregiver fatigue or just wanting our relationship to be what it once had been —more of a rollercoaster ride, with me being both independent and nurturing. I couldn’t ride the rollercoaster anymore and I had a lot more needs that required tending. In our last year together, I was often lonely.

By the time I had to face off against my attacker at his criminal trial in May 2018, my marriage was in its death throes. After the trial, my career was over, too. It had become excruciating for me to be in the middle of people’s conflict. I couldn’t mediate anymore.

I thought that if I could feel truly safe, then I would be able to figure out what to do next, and so, in August 2018, I left Maine and went to the one place I felt safe—Norway, where I had farmed in my twenties. I hiked, did yoga, and wrote a memoir. Then, I travelled the world—Australia, Norway, the U.K., Greece, and France—and I worked to retrain my brain to understand that the world was, generally, safe. I learned to love myself, more than I ever had before. I received help from others, and started learning how to ask for help, too.

I was looking for a new home during my travels, one where I would be safe and in a loving community. I also wanted a new career that would match my strengths and allow me to live where I wanted. In 2019, I began building an online coaching business. I had been working on a plan to establish myself in Norway or Greece by the end of 2020. Instead, COVID-19 caused border closures and grounded me in the U.S.

In June 2020, I rented a tiny house on the Oregon coast to wait out COVID-19. I also tentatively tried online dating. I wasn’t sure if I was ready, even though almost five years had passed since the attempted kidnapping and a year and a half since my divorce. I knew that just nine months earlier, when a man I didn’t know sent me a Facebook friend request, it had triggered a panic attack.

My first date was a disaster. The guy was showing me that he wasn’t right even before we met, and meeting in person confirmed every suspicion. I realized that I had been sending out my old signals—that I was a nurturing, earth-mother looking for someone to rescue—and revised my online dating profile.

A week later, on July 4, I met a different man for a coffee—and that date lasted nine hours. We spent hours on the phone every night after that. When we were texting, my phone would suggest sending “I love you” gifs, and eventually, I sent them, explaining that my phone wanted me to (the hazards of predictive text). Within two weeks of meeting, we were able to complete each other’s sentences.

He’s an introvert who prefers dogs and books to people, but I am his person, and we spend hours talking together. Time slips through our fingertips as we get lost in each other. Our life is quiet, peaceful, and full of laughter. We walk the beach holding hands, watching gulls and dogs, looking for heart rocks and other sea treasures. We plan our future together—a porch swing, a pug, living where the mountains kiss the sea.

My partner is nurturing and kind. He accepts me as I am, and he looks out for me.

I am grateful for him. Had it not been for the attempted kidnapping and COVID-19, we never would have met.

Meredith Richardson empowers women worldwide to create their best lives at midlife and beyond. Find out more at meredithlrichardson.com, join her Facebook group Midlife – Where the Queen Saves Herself or follow her on Instagram @merediththemidlifecoach.

All views expressed in this piece are the author’s own. 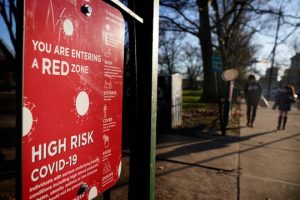 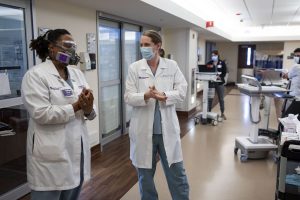