Hong Kong at the center of two major storms: Trump and coronavirus 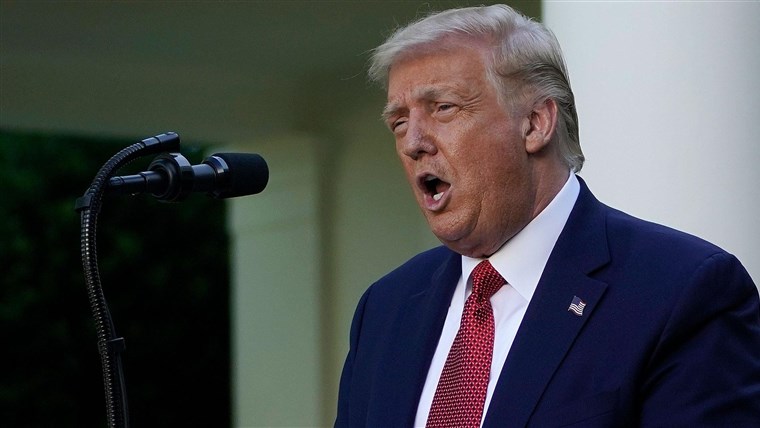 Hong Kong is caught between two major storms: one medical, one political.

The city has become the latest battleground in the rivalry between China and the United States, as leaders trade strong words and sanctions, while it simultaneously grapples with a major coronavirus flare-up.

“If the U.S. is bent on going down the wrong path, China will take strong reactions,” a Chinese Foreign Ministry statement said on Wednesday.

Relations between the two powers have soured drastically in the last six months, over Beijing’s handling of the virus, its tightened grip on Hong Kong, its crackdown on China’s Uighur Muslim community and its territorial claims in the South China Sea.

Trump cited Beijing’s decision to enact a new national security law that jeopardizes many of Hong Kong’s historic freedoms, as he signed an executive order on Tuesday, which will put an end to U.S. preferential economic treatment of the global financial hub.

“No special privileges, no special economic treatment and no export of sensitive technologies,” he told a news conference.

“Hong Kong will now be treated the same as mainland China,” he added.

China was swift to retaliate.

Fiery commentary on China’s state-run CCTV network, also carried in the People’s Daily, a flagship newspaper of the ruling Communist Party, on Wednesday wrote of America’s “vain attempt” to use the Hong Kong law to threaten China, deeming it a “fool’s dream” that was “doomed to futility.”

Wang Huiyao, president of the Center for China and Globalization, a non-government think tank in China, told NBC News: “It’s really quite dangerous when you have the number one power of the world, the U.S., against the second largest economy, China … it’s really a two-elephant fight and all of the grass gets damaged. And that’s no good for the world.”

Riot police stand guard in front of an American flag near the U.S. Consulate in Hong Kong, on the Fourth of July 2020.Kin Cheung / AP

Hong Kong’s national security law prohibits secession, subversion, terrorism and collusion with foreign forces — a broad scope that includes undefined hostile activities against the Chinese or Hong Kong governments — with sentences of up to life in prison. The law is not retroactive, however, meaning no one can be tried for offences that took place before its passing.

The law has stoked global concern and critics fear it will crush the wide-ranging freedoms promised to Hong Kong when it returned to Chinese rule in 1997 from Britain.

But Hong Kong authorities insist those freedoms remain intact, saying national security is a red line, and that the law will bring stability to the city, after a year of sometimes violent anti-government protests.

In another sign of the chill Beijing’s security law is having on the city, the New York Times newspaper announced on Wednesday that it would shift some of its Hong Kong staff and operations to Seoul over the next year.

Hong Kong leader Carrie Lam has said reporters can report freely in the city if they do not violate the security law.

Meanwhile, in a major setback for a city praised for its handling of the coronavirus pandemic in January, Hong Kong is also grappling with reimposing stringent social-distancing measures to stem the deadly respiratory disease.

The recent spike in cases has already caused authorities to suspend school classes starting this week and postpone Hong Kong’s famous Book Fair, just two days before it was set to open.

Hong Kong Disneyland also shuttered its gates this week, after briefly reopening less than a month ago.

Bars, night clubs, beauty salons and gyms will also be closed for at least seven days. While authorities will limit group gatherings to four people from 50, for at least two weeks. Face masks are now also mandatory on public transit.

“This is the time for tightening,” Hong Kong leader Carrie Lam said, admitting that increased restrictions will affect businesses and inconvenience many people.

Hong Kong recorded 48 new cases on Tuesday, including 40 that were transmitted locally. Fifty-two new cases were reported the day before. On Wednesday, there were 19 new cases reported, 14 of them locally transmitted, and one new death. The city’s health secretary, Sophia Chan, said a number of the new cases were found in eateries and among taxi drivers.

The latest spike has been described as a third peak of the pandemic by health experts, leaving them worried about people lowering their guard towards the virus.

The city had a three-week streak without any local cases until July 5. Since then the local numbers have spiked.

“It is incredibly difficult to eliminate the virus even though we have had these very strict quarantine measures and we have been testing quite a bit,” Leung told NBC News.

“But if you give this virus the latitude of loopholes, it will find them and it will exploit them and, lo and behold, you get a surge of community cases.”

Hong Kong has reported 1,589 confirmed cases and nine deaths since the start of the pandemic in January, a number that is far lower than the epidemic in mainland China that saw more than 4,634 deaths, according to official figures. 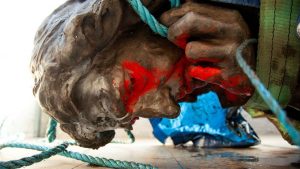