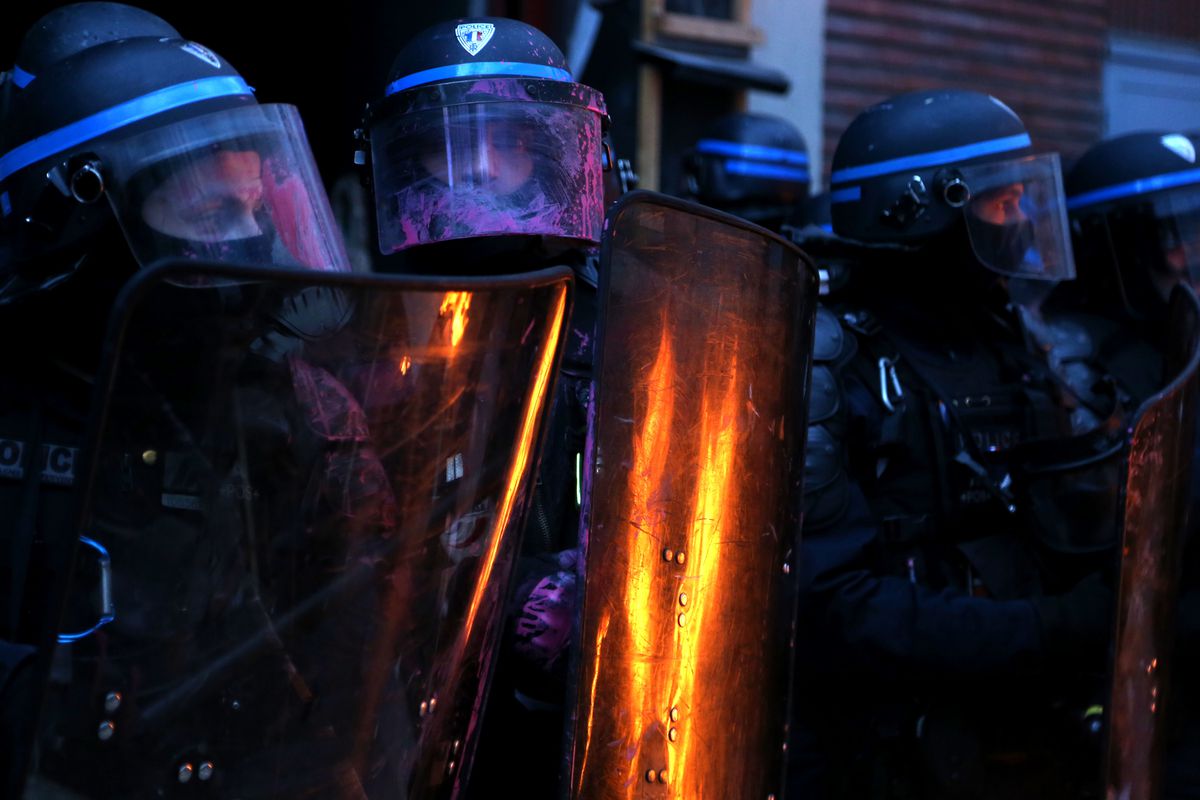 Protests against a police security bill and the arrest of an unarmed Black man have rocked France for three consecutive weekends — with the past two Saturdays turning particularly violent.

The rallies, which started on November 21, have been fueled by public outcry against police brutality and a new draft law that would make it a crime to publish photos or videos of on-duty police officers “with the aim of harming their physical or psychological integrity.” If convicted, violators of the law could face fines of more than $50,000 and up to a year in prison.

French President Emmanuel Macron’s government has argued the measure is needed to protect police officers and their families from online abuse that could end in violence. But critics say it will curb both civil liberties and police accountability.

The graphic video contradicted the story the officers involved had initially provided to justify their actions: that Zecler had resisted arrest and acted violently toward them. The incident further inflamed the protests, with many arguing the proposed security law would potentially have made sharing such a video illegal. But without the video, Zecler told the New York Times, he’d likely be in prison right now.

In response to the video and the backlash, Macron’s government announced in late November that it would completely rewrite Article 24, the specific part of the broader security bill that would have restricted the sharing of videos and photos of police.

But demonstrators weren’t appeased. This past weekend, tens of thousands of people across France took to the streets in protests that in some cases turned violent. At least 60 people were arrested and several police officers were injured, according to France’s interior minister.

And the protests are expected to continue.

Article 24 is a provision of the Global Security Law, which Macron presented to the National Assembly (the lower house of the French Parliament) on November 17.

Macron’s government says the measure was intended to protect police officers and their families from harassment and threats, and has insisted press freedoms will not be compromised by it.

“Article 24 aims to ban their exposure and their harassment on social networks, by malicious and dangerous individuals. No worries: Journalists will still be able to do their job,” Jean-Michel Fauvergue, a key sponsor of the bill, told Parliament in defense of the measure. Fauvergue is the former head of the police anti-terrorism unit.

Some experts agree that there is reason for the new security law.

“The government is trying to answer a very legitimate concern over the rise of crime and violence against police officers,” Benjamin Haddad, the director of the Future Europe Initiative at the Atlantic Council think tank in Washington, DC, told me in an interview.

There have been several attacks against police in France. Some 40 people tried to rush a police station in the suburbs of Paris on the night of October 10, wielding metal bars and shooting off fireworks.

Back in 2016, a police commander and his wife were stabbed to death by a man who had been previously convicted of terrorism and who claimed to be connected to ISIS. After stabbing the officer outside of his home, the attacker entered the residence and killed his wife. The couple’s 3-year-old son was rescued alive after police units stormed the home, killing the assailant.

However, some see the proposed law as part of an attempt by Macron to appeal to more right-wing voters in the 2022 election.

Haddad, though, isn’t convinced by that argument. “The truth is [these] concerns go way beyond the right and far right. If you look at polling, Macron won overwhelmingly in 2017 against the far right and Marine Le Pen,” referring to France’s last presidential election.

“I don’t think the far right is such a looming threat. I think there’s just a concern over some of these issues that are shared by a lot of French citizens,” Haddad added.

Bloomberg reported that 58 percent of the French public supported the law.

But critics are skeptical that Article 24 is necessary. “It doesn’t seem to me to be the case where police officers need more protection than everyone else,” Emma Pearson, the Paris-based editor of the Local France news site, told me. Besides, harassment on Twitter is already illegal in France. And on December 9, a draft bill targeting hate campaigns and making threats on social media was presented to Parliament.

The far-reaching scope of Article 24 explains why anger toward the proposed law is so widespread in the country. Journalists, civil liberties groups, social justice advocates, and victims of police brutality are all fundamentally opposed to the measure.

“It constitutes a serious infringement of freedom of expression. There will be great reluctance [for the public and journalists] to disseminate images or even to film,” Thomas Hochmann, professor of public law at the University of Paris Nanterre, told Al Jazeera November 20.

There’s also a logistical and legal problem, noted Jeremie Gauthier, an expert on policing in France and Germany at the University of Strasbourg: “How could a police officer working during a demonstration prove that someone, a journalist or a citizen, is filming the police to harm the officer’s physical or psychological well-being?”

Haddad, who previously served as the Washington, DC, representative of Macron’s political movement, En Marche, and who supports the government’s intention behind presenting the measure, agreed that proving intent to harm during filming would be a concern. “The problem they’re trying to address is a real one. It’s fraught. It’s decisive. So, you need to be super careful in how you address this problem,” he told me.

The problem is that the French government wasn’t super careful, and it presented a bill whose real intent and purpose wasn’t entirely clear. Mass demonstrations were the result.

To placate the public and members of Macron’s own party, the French government is now rewriting the police-filming law to make its intentions clearer. No one knows how long the revisions will take or when the changes will be made public.

So the protests are likely to continue. And now, the police are launching their own protests — against Macron’s attempts to address the systemic issues of police violence and racial discrimination.

During a December 4 interview with Brut, a French outlet known for reaching younger audiences, Macron acknowledged the truth that many Arab and Black people across France and several human rights groups have raised about racial profiling by French police, particularly when conducting ID checks in poorer neighborhoods with large immigrant populations.

“Today, when you have a skin color that is not white, you are much more likely to be stopped,” Macron said. “You are identified as a problem factor and this is unsustainable.”

French police unions immediately decried Macron’s comments. “No! The police aren’t racist and they do not choose who is a delinquent,” the Alliance Police Union tweeted that same day.

The police in France have always been powerful, the University of Strasbourg’s Gauthier told me. French law enforcement is centralized, unlike in the United States, which means police unions are influential players in the government.

Paris police during a demonstration against the “global security” draft law on December 5, 2020. Ibrahim Ezzat/NurPhoto via Getty Images

They gained even more influence after law enforcement helped quash 2018’s nationwide “yellow vests” protests over tax hikes, and French police gain more and more cachet with Macron with each unruly rally they help rein in across the country.

Critics, though, say French police have abused that power. And they’ve consistently balked at attempts to reform their institution.

For instance, in June, following the Interior Ministry’s announcement of a government ban on the police use of chokeholds amid protests accusing police of racism and use of excessive force against minorities, police officers in cities across France staged protests in which they threw down their handcuffs and demanded more support from the government.

And just this week, in response to a plan Macron put forward to address police violence and racism, two of France’s largest police unions called on its members to stop performing ID checks or even responding to call-outs or making arrests.

“You decide to discriminate and cloister people in the suburbs and then make us pay for it? No. It won’t happen like that,” the Unité SGP police union said in a statement.

Macron is now scrambling to figure out a way forward that doesn’t further inflame the situation on all sides.

On December 7, he wrote a letter to the Unité SGP union announcing he would be convening a summit in January to bring together members of the police, members of the public, and members of the government in January. The meeting will address issues including police staffing, discrimination training, and the use of video cameras during operations, according to the BBC.

“It is urgent to act to beef up the trust between the French and the police,” Macron said in the letter. “We owe [the police] support and protection,” Macron wrote. “I will see to it.”

In the meantime, the protests have kick-started an important debate in France that now has time to play out. “I think it’s good to take a little pause,” the Atlantic Council’s Haddad said, and “to be as inclusive as possible in engaging civil rights groups to make sure the intention [of the law] is better understood.”

Regardless of the outcome of the redrafting of the bill and the summit, protesting is a part of French society, and this debate will not go away. “Even if we see a form of decrease [in protests] this weekend, there’s a movement on these issues that’s here to stay, that’s part of the French conversation,” Haddad added. 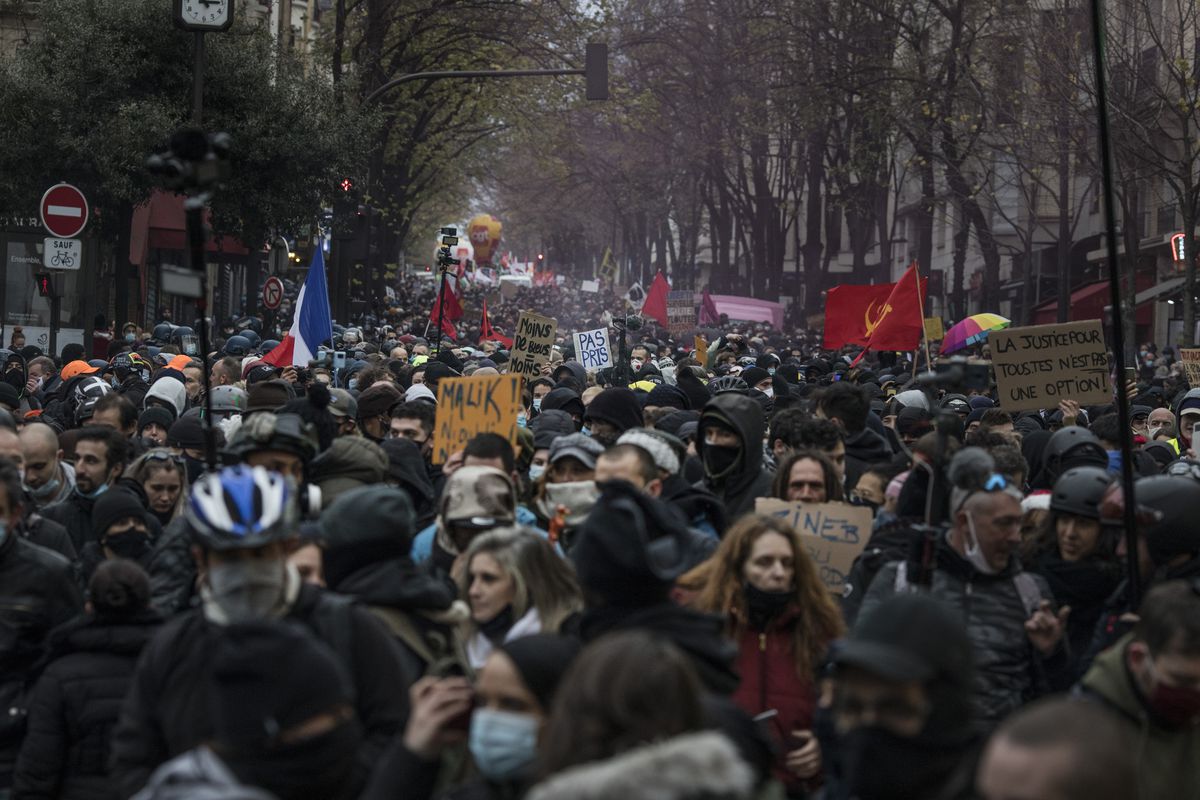 Demonstrators march during a protest over the proposed security law on December 5, 2020, in Paris, France. Siegfried Modola/Getty Images

Pearson, the Local France editor, echoed that sentiment, saying three weekends in a row of protests may have paid off. “We have had the government say that they will rewrite it. So there’s a sense that protests worked and maybe they’re listening to what we say.”

Will you help keep Vox free for all?

There is tremendous power in understanding. Vox answers your most important questions and gives you clear information to help make sense of an increasingly chaotic world. A financial contribution to Vox will help us continue providing free explanatory journalism to the millions who are relying on us. Please consider making a contribution to Vox today, from as little as $3. 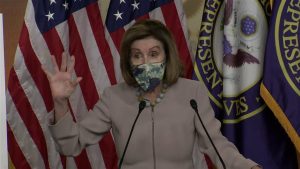 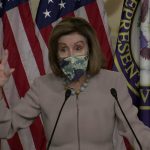 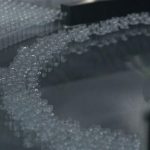 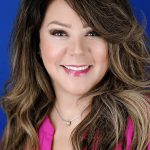 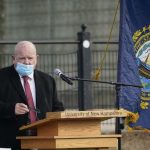