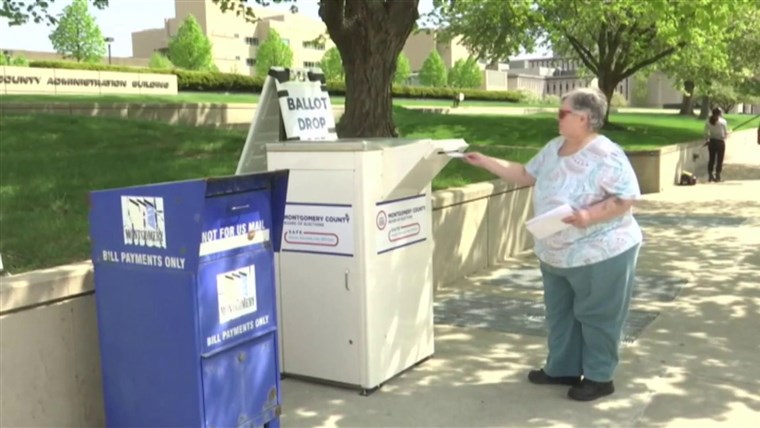 This story was originally published by The Center for Public Integrity, a nonprofit, nonpartisan investigative news organization in Washington, D.C.

WASHINGTON — Charles Thayer has manned the polls in Bangor, Maine, for 18 years. But when the doors open at the city’s sole polling place for the state’s July 14 primary, he won’t be there.

Thayer, 78, is staying home because his wife has a compromised immune system. “I would not take the risk of getting [COVID-19] myself and then giving it to her,” he said.

Thayer has company in his isolation: Bangor City Clerk Lisa Goodwin said at least a third of her city’s usual poll workers have said they won’t work upcoming elections. Others are willing only if the city can provide personal protective equipment — equipment not readily available everywhere. One 93-year-old wants to work, and Goodwin is fretting. “I would feel horrible if anything ever happened to her.”

Election officials across the country are facing similar staffing crises long in the making, now accelerated by the pandemic: in-person access to the ballot box rests on the vulnerable shoulders of a cohort of steadfast, but elderly, election workers at high risk of illness or death should they contract COVID-19.

More than half the country’s poll workers in 2016 were 61 or older, according to data tracked by the U.S. Election Assistance Commission. In some states, that number is far higher, a Center for Public Integrity analysis of EAC data found.

Click here to read the Center for Public Integrity’s version of this story.

In Maine, for example, nearly two in three poll workers are in that age group. In Montana, Oklahoma and Alabama, the number of elderly poll workers is as high or higher.

Nonetheless, the acute shortage of election workers is prompting reductions in the number of in-person polling sites for upcoming primaries, fueling worries that some voters may face significant obstacles to casting their ballots.

A voter walks into a polling station for the Florida presidential primary in Bonita Springs on March 17, 2020.Elise Amendola / AP file

Voting advocates have repeatedly argued that safe, adequate in-person voting locations, even if they must be scaled back or take the form of expanded early voting, are “very important,” as Celina Stewart, the senior director of advocacy and litigation for the League of Women Voters, said recently on a media call about expanding vote-by-mail options.

Many elected and appointed officials want to supercharge the use of vote-by-mail systems — and they’re girding for an exponential growth in the number of people who choose this year to vote from home. But Stewart said African-American voters especially don’t always feel comfortable voting absentee or by mail, one reason it is important to preserve in-person options that don’t force voters to contend with long lines, unsafe conditions or unequal access to the ballot box.

The poll worker shortage spans the country. State and local officials are tackling it in different ways.

For example, Pennsylvania’s secretary of state is allowing local election officials to put fewer workers in polling places for the state’s June 2 primary, citing staffing challenges caused by the virus.

In Michigan, Secretary of State Jocelyn Benson’s office started a “Democracy MVP” campaign aimed at attracting healthy, able election workers to help process absentee ballots and other tasks. More than 1,800 people have signed up — a promising sign, said Tracy Wimmer, a spokeswoman for the secretary of state’s office.

In Iowa, Secretary of State Paul Pate has also begun a marketing offensive aimed at attracting young people to oversee the polls. But in Woodbury County, near the Nebraska state line, Auditor Patrick Gill’s plan to open only two in-person voting sites for the June 2 state primary — compared to the usual 44 — provoked a lawsuit that he settled by agreeing to staff five polling places instead.

“My number one goal was to protect precinct election officials,” Gill said, describing them as “the most vulnerable demographic.” Gill said the sharp reduction in polling places was meant to encourage voters to cast ballots by mail.

In Nevada, Democrats and other groups sued over the number of polling places and other issues after the secretary of state’s office said most of the June primary would be conducted by mail and each county would have one in-person polling place on Election Day. They settled the dispute last week. As part of the settlement, Clark County, home to the vast majority of Nevada’s voters, agreed to open and staff three in-person sites.

Joe Gloria, the Clark County registrar of voters, said he began getting calls in early March from election workers who apologized, but said they wouldn’t be comfortable committing to training and “quite honestly, they weren’t willing to work, either.”

That, he said, was a concern. For now, he said, “we’re planning on supporting the general election the way we would have normally” but “I don’t have a crystal ball.”

In Alabama, state officials will use emergency federal money allocated for election costs related to the pandemic to pay poll workers an additional $25 for working during a U.S. Senate runoff in July and the general election in November.

Gary Dunavant, a poll worker who lives in a suburb of Birmingham, Alabama, said the extra money won’t affect his decision. He’s still wavering over whether to work the polls. Right now, he’s more inclined to say yes during what he expects to be low-turnout elections in June and August. He’s not so sure about November.

Dunavant, who described himself as a healthy 68 years old, feels some responsibility to work as he has during the past five years. “If I and others don’t do it, there won’t be anybody there to do it, and I think it’s important,” he said. On the other hand, “I’m a little nervous about it.”

The polling place where he typically works is at an independent living facility, and “it’s not a room where people spread out,” he said.

In Haywood County in western North Carolina, a sylvan stretch near the Tennessee line that includes part of Great Smoky Mountains National Park, Elections Director Robert Inman is crafting a fallback plan, in case he needs it, for a June election involving a primary runoff for a congressional district.

It calls for 11 polling places rather than 29 “if that dark day ever comes to us,” he said. Inman said his office tried to minimize travel time for voters whenever possible.

In the meantime, he’s trying to survey his usual poll workers about whether they’re willing to work. So far, about 30 percent have said no.

In rural Wayne County, Indiana, Clerk Debra Berry is struggling with factors out of her control. She spent last week making a big push for poll workers, but she’s also asked her board about potentially cutting the number of polling places for the June 2 primary.

“How do you project how many people are going to wait and call on Election Day and say, ‘I just can’t do this?'” she asks. “We don’t know how many between now and Election Day are going to be exposed because we are opening our state up. It’s a nightmare for any county clerk or election administrator.”

Voting advocates worried about the effects of reducing in-person polling places point to last month’s Wisconsin primary election and the long lines in Milwaukee. There, election officials reduced 180 polling places to five — in no small part because of a shortage in poll workers willing to come in.

Riverside High School, in a densely populated part of Milwaukee, served as one of those five in-person vote centers.

On election day, it normally would have had nearly 3,000 registered voters assigned to it. It ended up with more than 70,000 instead, according to a Center for Public Integrity analysis of polling place locations provided by state officials and voter file data provided by Milwaukee election officials and L2, a national nonpartisan data provider. That contributed to long lines and difficulty social distancing.

“Maybe because we’d never been through a pandemic before, I was incredibly naive,” he said.

In February, the troubles started as a trickle. In addition to losing small numbers of election workers, he said, the city was losing election sites — senior centers and other places that weren’t comfortable serving as polling locations. At first, Albrecht’s staff worked to relocate the polling places and kept recruiting election workers. But the trickle became a torrent.

The week before the election, Albrecht was still hoping to have 10 or 12 voting sites. By the election, it was down to five, and that was with the help of the National Guard. The experience, and the lines of people who still needed to cast their ballots in person, taught him that the move to vote by mail is “not an overnight transition,” he said. Reports of Wisconsin poll workers and voters subsequently coming down with COVID-19 have fueled concerns elsewhere, though it isn’t certain where anyone contracted it. Brook Soltvedt, 60, a longtime poll worker in Madison, chose to work that election. She worried most about contracting COVID-19, then infecting her husband, who is 78. But she knew, too, that many poll workers were backing out.

So before election day, she stocked a separate apartment in their basement with groceries and supplies — and with everything she needed to continue her work from home as a textbook editor. After the election, she quarantined herself for two weeks.

Only then, Soltvedt said, did she return to “living above ground again.”

The Center for Public Integrity is a nonprofit, nonpartisan investigative news organization in Washington, D.C. 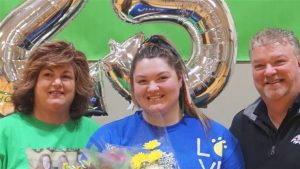 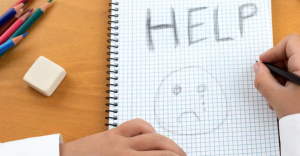 As hospitals see more severe child abuse injuries during coronavirus, 'the worst is yet to come' 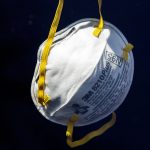 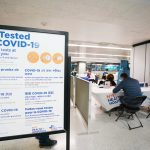 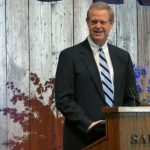