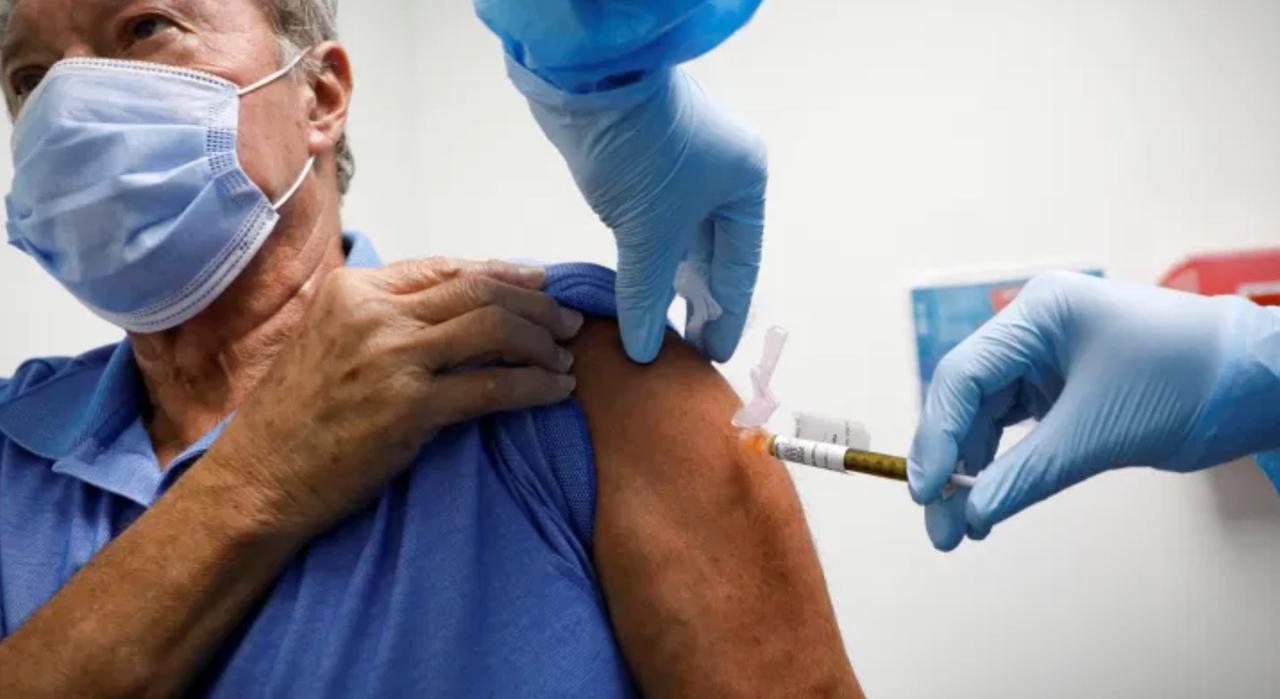 the Park”, Yet the CIA, NSA Etc. Will Now Turned Agencies on Independent Journalism and Scrub the Truth From Their News Websites…

Satan Soldiers Are Busy Hiding the Facts, and Google Is a Main Player in the Electronic Surveillance Process.

Fevers, sweats, migraines and muscle aches that last for days – these are just some of the symptoms reported by various ‘Phase 3’ trial participants who volunteered for the vaccine trials run by Pfizer, Moderna and others. Though AstraZeneca noted in its preliminary results that its vaccine (which uses the more traditional adenovirus vector) seemed to produce side effects that are less severe than some of its competitors.

As scientists try to ensure the US reaches a 70%+ vaccination rate (the cut-off point at which herd immunity is believed to kick in) a group of doctors just warned that public health officials and drugmakers need to be “transparent” with patients about the potential side effects of vaccination, and ensure precautions are taken to ensure patients don’t skip their follow-up visit.

This is a top concern for Dr. Sandra Fryhofer of the American Medical Association, who warned that the side effects might deter many of her patients from receiving the follow-up shot. Dr. Fryhofer expressed her concerns during a virtual meeting on Monday with the CDC and representatives from various vaccine makers

“We really need to make patients aware that this is not going to be a walk in the park,” Fryhofer said during a virtual meeting with the Advisory Committee on Immunization Practices, or ACIP, an outside group of medical experts that advise the CDC. She is also a liaison to the committee. “They are going to know they had a vaccine. They are probably not going to feel wonderful. But they’ve got to come back for that second dose.”

During the meeting on Monday, Dr. Nancy Messonnier, director of the CDC’s National Center for Immunization and Respiratory Diseases who frequently participated in CDC press briefings during the early days of the outbreak, said the agency would work to develop guidance if a health-care worker got a vaccine and then felt unwell the following day, since this could “impact planning on a hospital level in terms of which staff gets vaccinated which day?” she said.

Beyond ensuring hospitals aren’t left in the lurch because they decided to vaccinate their entire staff at the same time, the doctors also discussed a novel strategy: using “positive” language to talk about the sideeffects. One example would be referring to side effects as a “response” to the vaccine.

Of course that won’t actually do anything to mitigate the side effects.

As one might expect, some patients who participated in the study actually got upset when they didn’t experience severe side effects post-vaccination, believing it was a sign they had received the placebo not the actual vaccine.

The doctors apparently brought in a anonymous North Carolina woman who participated in the Moderna study. “If this proves to work, people are going to have to toughen up,” she said. “The first dose is no big deal. And then the second dose will definitely put you down for the day for sure…You will need to take a day off after the second dose.”

Still, missing one day of work is certainly preferable to missing 14 days, which, as one doctor noted, is an “enormous” amount of time.

“Luciferase is a generic term for the class of oxidative enzymes that produce bioluminescence, and is usually distinguished from a photoprotein. The name was first used by Raphaël Dubois who invented the words luciferin and luciferase, for the substrate and enzyme, respectively.

Luciferases are widely used in biotechnology, for microscopy and as reporter genes, for many of the same applications as fluorescent proteins. However, unlike fluorescent proteins, luciferases do not require an external light source, but do require addition of luciferin, the consumable substrate.” – Source: https://en.wikipedia.org/wiki/Luciferase

Bill Gates and MIT are currently developing the “Human Implantable Quantum Dot Microneedle Vaccination Delivery System.” It’s a tattoo for the hand, which will include our identification Mark and vaccination records.

It needs an enzyme called Luciferase in order to make it work.

This enzyme “Luciferase” is highly suspect when you consider the fact that ultra-billionaire Bill Gates has a goal to ‘vaccinate the entire world’ and is now equipped with this ‘quantum dots tattoo’ technology that ties in with Satan’s end-time mark of the beast.

QuantiLum® Recombinant Luciferase is a luciferase expressed from a cloned gene from the North American firefly ( Photinus pyralis ) that provides the reliability and dependability needed for performing research or producing kits using bioluminescence reagents to detect ATP or luciferin substrates.

That’s quite interesting when you know that the Bible refers to the Devil, Beelzebub, as the Lord of the flies!

In fact, the whole system here on earth is about one thing: the human host body was Satan’s trap to lure God’s angels into a system where he can separate them from the LORD God and steal their soul energy to transmute them into his new insect locust-scorpion army in the bottomless pit. (Read more: The Cycle of Life is Coming to an End: Angels to Humans to Locusts (Video))

“Microsoft founder Bill Gates announced on March 18, 2020 during a “Reddit ‘Ask Me Anything’ session” that he is working on a new, invisible “quantum dot tattoo” implant that will track who has been tested for COVID-19 and who has been vaccinated against it.

According to BioHackInfo.Com: “The quantum-dot tattoos involve applying dissolvable sugar-based microneedles that contain a vaccine and fluorescent copper-based ‘quantum dots’ embedded inside biocompatible, micron-scale capsules. After the microneedles dissolve under the skin, they leave the encapsulated quantum dots whose patterns can be read to identify the vaccine that was administered.

The Covid-19 vaccine is already under research and development and experts say it will likely be available in about 18 months. Will this mean forced vaccinations or perpetually “sheltering in place” for those who refuse the coronavirus vaccine? Gates is simultaneously working on the ID2020 Certification Mark, which according to pymnts.com utilizes “immunization to serve as a platform for digital identity”.” – Source: https://savedmag.com/bill-gates-quantum-dot-digital-tattoo-implant-to-track-covid-19-vaccine-compliance/

The alphanumerical sum of the word ‘VACCINATION’ = 111, which in the Bible means illegal, unlawful, criminal, lawless!

When reckoning the alphanumerical sum of the phrase “IMPLANTABLE QUANTUM DOT MICRONEEDLE VACCINATION DELIVERY SYSTEM” it equates to 666!

666 is the number of the beast in the Bible!

MARK OF THE BEAST

In the Bible, the mark of the beast is explained in Revelation 13: 16-18 (KJV Holy Bible) as follows:

WOW! The word mark G5480 means a scratch or etching, that is, stamp (as a badge of servitude)…

“So this is a screen shot taken from Melinda Gates interview two days ago with The Today’s Show Savannah Guthrie. Firstly, she has no authority to be talking about when she feels we should reopen the country. Secondly, she has no authority to be talking about Vaccines even. Thirdly, what I feel is the most important thing to look at here – This “woman” goes on National Television and has the audacity to showcase her Satanic Upside down cross around her neck! (Zoom in) Most will not even catch this because they have their eyes wide shut, but people should be very worried about this. Evil is at the wheel folks. Don’t be fooled. Keep praying for discernment. [cross] #SheJustLooksEvil – Serene Jordano”

The “upside down” cross is a blaspheme of the Christian cross.

This symbol represented peace in the early 60’s; but now, among the Heavy Metal and Occult groups, signifies the “Cross of Nero”. It shows an “upside down” cross with the cross member broken downward – “The Defeat of Christianity”.

By the way, the Vatican was built in the shape of an upside down cross.

“H.R. 6666 – To authorize the Secretary of Health and Human Service to award grants to eligible entities to conduct diagnostic testing for COVID-19, and related activities such as contact tracing, through mobile health units and, as necessary, at individuals’ residences, and for other purposes.”

So the bill that Congress enacted authorizing COVID-19 grants for entities to conduct diagnostic testing, contact tracing, etc. just happens to be numbered 6666?

We are carbon-based life forms and Carbon has 6 electrons, 6 protons, and 6 neutrons. 666 is the flesh host body system that God’s angels got trapped in.

The flesh host body system is the beast system and is being fully given over to the beast.

Now Satan is rolling out his mark of the beast which will permanently mark you as his slave by accepting his badge of servitude to this carnal beast system. Do not accept the mark of the beast or your soul will be eternally damned to hell.

The building number of the address of the Bill and Melinda Gates Foundation is 500 5th Ave N, Seattle, WA 98109.

In the Bible, 500 means antichrist!

It’s clear to see the antichrist spirit is operating through Bill and Melinda Gates to further advance his highly sinister mark of the beast agenda.

It’s critical to be aware of these plans of the enemy so we are prepared in Christ. Remember, Jesus said:

“Behold, I send you forth as sheep in the midst of wolves: be ye therefore wise as serpents, and harmless as doves.” – Matthew 10:16 (KJV Holy Bible)

Be wise as to what the serpent Satan’s plans are but be harmless as a dove. Make sure to share this information with your loved ones.

Vaccines are a putrid amalgam of neurotoxins, animal DNA, disease, baby tissue stolen from murdered infants at birth.. How Godly is this? This is nothing more than sorcery and witchcraft and it is so called in scripture – Read Nahum chapter 3, and Revelation 18:23 to see that the US is about to be destroyed for our crimes against humanity, which are military, spiritual, and medical. The writers and owners of rags like this Christian so called post – and their false premises made to push a luciferins doctrine.. will be judged with the strictest judgment.

People’s hearts are troubled, their minds are in a state of confusion, the Bible tells us a time of great delusion that will come upon the people, that time has arrived, the politicians must come up with more significant and more believable lies in order to bring on the antichrist, we have entered the doorstep Tribulation.

“Unless God has raised you up for this very thing, you will be worn out by the opposition of man and devils”… SRH 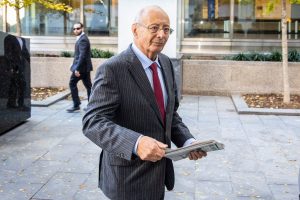 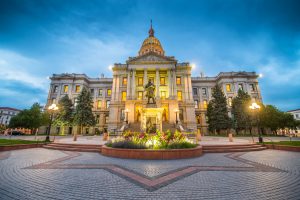