Derek Chauvin, the former Minneapolis police officer charged in the killing of George Floyd, was released on a million dollar bond Wednesday.

Chauvin, 44, is facing murder and manslaughter charges after video showed him kneeling on Floyd’s neck for about eight minutes during an arrest on May 25. He was released Wednesday on a conditional release and is expected to appear in court in March of next year, according to his notice of release filed in court.

Eric Nelson, an attorney for Chauvin, did not immediately respond to a request for comment from NBC News.

Four officers were terminated from the department and charged in Floyd’s death, which sparked protests over racial injustice across the globe. Chauvin is charged with second-degree murder and manslaughter and faces up to 40 years in prison if convicted of second-degree murder.

It does not appear that any of the former officers have entered pleas in their cases, according to court records.

Minneapolis officers were responding to a report of a counterfeit $20 bill being used at a local grocery store when they encountered Floyd, according to the criminal complaint that was filed against Chauvin.

Lane found Floyd parked nearby and the officer pulled his gun, ordering Floyd to get out of his car, and handcuffed him, the complaint said. A cuffed Floyd was eventually put face-down on the pavement with Kueng holding down his back and Lane pressing down his legs, the charging document against Chauvin said.

Multiple videos have been released on Floyd’s arrest, with one showing him pinned down by three different officers near a patrol car while a fourth stands near his head.

He died while in custody that day.

Floyd’s death was ruled a homicide by the Hennepin County Medical Examiner, which listed Floyd’s cause of death on May 25 as a “cardiopulmonary arrest complicating law enforcement subdual, restraint, and neck compression.” The county autopsy also stated other “significant” conditions that may have contributed to his death, including hypertensive heart disease, fentanyl intoxication and recent methamphetamine use.

An examination funded by Floyd’s family came to a different conclusion. The private autopsy found that police officers’ pressing on his neck and body cut blood and air flow to his brain, causing him to die by mechanical asphyxia, pathologists hired by the family said.

An attorney for Lane, Earl Gray, argued in court that Lane was new to the job and that Chauvin was his training officer. Gray said that Lane asked Chauvin twice whether they should roll Floyd over during the arrest and expressed concern that Floyd may be in “delirium,” Gray said.

The complaint against Chauvin alleged that the former officer dismissed the concerns and said, “That’s why we have him on his stomach.”

Kueng’s attorney said in court documents filed in June that his client intends to plead not guilty. The officer will argue he acted in self-defense and used reasonable, authorized force to detain Floyd.

It does not appear that a plea was made, based on court records.

Attorneys for the officers have argued for separate trials in their cases, while prosecutors contended Friday they should be tried together, in part to spare Floyd’s loved ones further and unnecessary trauma.

The case is being prosecuted by lawyers under Minnesota Attorney General Keith Ellison.

This is a breaking story. Please check back for updates. 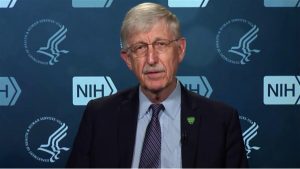 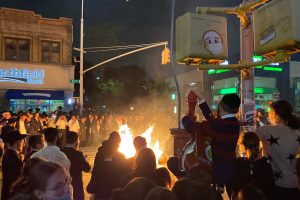