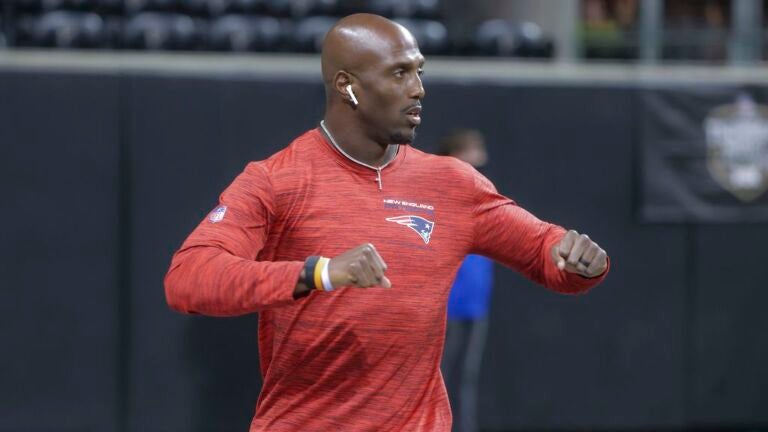 
The Patriots are in Atlanta (the site of their Super Bowl LIII victory over the Rams) to take on the Falcons (who they beat in Super Bowl LI, which … of course you remember) on Thursday Night Football.

New England will look to extend its win streak to five games over the 4-5 Falcons.

We’ll be tracking the game live, providing analysis and updates throughout. Follow along below.

Steven Ruiz said Brown’s girlfriend contacted Ruiz over the summer to obtain a card saying he had received the Johnson & Johnson shot. According to text messages provided by Ruiz, Brown’s girlfriend, Cydney Moreau, offered $500 for a fake card.

Ruiz said he was unable to acquire it but Brown revealed cards for him and Moreau he said he had purchased.

Cordarrelle Patterson is among the inactives tonight for Atlanta.

The following Patriots’ players are inactive for tonight’s game:

•Quarterback Jarrett Stidham is a healthy scratch in his second game back after being activated earlier this month. (Just a guess here but the long-term thinking with Stidham is that he is being groomed as the No. 2 quarterback for next year.)

•Running back J.J. Taylor has been on and off the game day roster all season, but he’ll sit this evening against the Falcons. The fact that he’s down for tonight’s game suggests New England feels good about the health of some of their other running backs — namely, Damien Harris.

•Tight end Devin Asiasi was active for the first time this season last week against the Browns and played 12 snaps. Like Taylor, the fact that Asiasi is taking a healthy scratch suggests that the health of the other tight ends — particularly Jonnu Smith, who missed last week’s game against Cleveland — has improved.

•Offensive lineman Yasir Durant is another healthy scratch, but like tight end and running back, New England is feeling good enough at a pair of positions where they had health and depth issues earlier in the season. That means Durant will take a seat for tonight’s game against the Falcons.

Coraderrelle Patterson was one of my favorite players to cover — 6:54 p.m.

Cordarrelle Patterson — who is questionable for tonight’s game for the Falcons — was in New England for just one season (2018), but in that time, he became one of my all-time favorite quotes.

I remember asking him about his game against Green Bay when he ran for 61 yards–after rushing for 38 the week before.

Q: “Where do you think you’ve improved on from last week to this week as a running back?”

A: (waits a beat, considers the question) “Probably yards. Yards.”

During a late-season win over the Jets that year, he got into it with New York defensive lineman Henry Anderson. (Check out my postgame exchange with him in the locker room here.) And after he told me, “We couldn’t have done it without you” in the locker room after Super Bowl LIII, I asked him about Julian Edelman’s MVP performance.

“Listen, nobody can [expletive] with Jules in the slot, man. Nobody.”

In my experience, he’s a pretty good guy as well, signing autographs and playing catch with kids in the stands before games. But yeah, every reporter should get a chance to cover a team that has someone like Patterson on the roster.

Gambling-wise, this game is all over the map, as the Patriots have been favored by anywhere between 3.5 and 7 points over the course of the last few days. Thursday night games are always a tough call — home teams are usually a pretty solid straight-up bet — but given the state of the Falcons (no Ridley and maybe no Cordarrelle Patterson), I’m still willing to say New England wins and covers. It’s not a blowout like the last two weeks, but it’ll still be enough to get a win in a game where it’ll be all about getting in, getting out, and not getting hurt. The over/under is set at 47, and on a fast track indoors with a New England offense that is really clicking right now, I’m willing to go over.

Here are a few quick notes, courtesy of our friends at Odds Shark:

•J.C. Jackson is tied with Asante Samuel for 11th in team history with 22 career interceptions. With one more pick, he’ll move into sole possession of 10th place on the Patriots all-time interception list.

•Mac Jones has a 4-0 road record to start his NFL career. He is the first rookie QB to win his first four road games since Dak Prescott in 2016. The most consecutive road wins to start a season by a rookie QB is six by Roethlisberger (2004) and Prescott.Get Point AfterDelivering exclusive analysis and commentary on the Patriots and the NFL right to your inbox, three times a week during the season.Enter EmailSign Up

•WR Jakobi Meyers completed two passes for 45 yards in Week 4 against Tampa Bay. The Patriots have never had a wide receiver complete more than two passes in a single season. The most passes thrown by a non quarterback in a single season for the Patriots were by RB Andy Johnson, who was 7-of-9 for 194 yards with four touchdowns in 1981 and RB Dick Christy, who was 6-of-11 for 94 yards with two touchdowns in 1960.

•Devin McCourty has 29 career regular season interceptions, tied for third all-time in team history, behind Ty Law and Raymond Clayborn, with 36 interceptions. He needs one more interception to become the third Patriots player with 30 career interceptions.

•Matthew Judon leads the Patriots with 9½ sacks, tying his record for most sacks in a season that he had in 2019 with Baltimore. The last time the Pats had a player reach double digits in sacks was Chandler Jones with 12½ in 2015.

The best way to get ready for tonight’s action:

Khari Thompson: 4 Falcons players to watch against the Patriots in Week 11

What experts are predicting for Thursday’s Patriots-Falcons game

Chad Finn: Patriots taking on a familiar shape, and the only repeat in Thursday’s game against Falcons will be the score

Welcome back to football, and a Thursday night showdown between the Patriots and Falcons. New England (6-4) is looking to win its fifth straight, while Atlanta (5-5) is hoping to distinguish itself in the NFC playoff race. We’ll have all the updates you need, all night long, so keep it here. CUE THE BELLS. 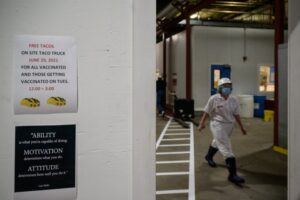 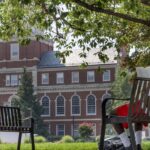 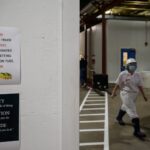 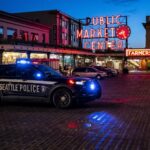