As families gathered for Thanksgiving feasts amid a pandemic, the impact of those celebrations won’t immediately appear in California’s number of COVID-19 cases. It can take up to two weeks for symptoms to appear, plus the time to get tested and report the result.

The effects of the most recent surge heading into the holiday, however, were apparent, despite only a handful of county health departments issuing updates Thursday.

The 15 counties — out of 58 throughout the state — that did provide new data Thursday combined to report 7,469 new cases and enough fatalities to push the cumulative death toll over 19,000, according to data compiled by this news organization.

The latest count of new cases was about half the number that was reported the previous Thursday, which included a full accounting of all the state’s 58 counties, leading the seven-day average to fall from an all-time high Wednesday to about 12,800 new cases per day — still 86% higher than two weeks ago.

Los Angeles County, the most populous in the nation with some 10 million residents, accounted for the majority of new infections and victims of the virus. There were 4,952 new cases and 37 additional fatalities reported Thursday in Los Angeles County — its third-highest total of daily cases since the onset of the pandemic and its third-highest daily death toll in two and a half months.

At nearly 4,300 per day, LA County is reporting more infections than at any other point of the pandemic and twice the amount it was two weeks ago. It was also the deadliest week in LA County, with a total of 217 newly reported victims, or an average of 31 per day, since the second week of September. The overall death toll in Los Angeles reached 7,580, the most of any county in the nation, according to Johns Hopkins University.

In the Bay Area on Wednesday, Alameda County’s death toll went over 500, the highest of any jurisdiction in the region and tied for seventh among all counties in the state. On Thursday, Santa Clara, Sonoma and Contra Costa counties all reported new fatalities from the virus, with a total of nine between them.

The 406 new cases in Santa Clara County were the most in the Bay Area on Thursday. At over 400 per day, it is averaging more new cases now than any other point of the pandemic. The per-capita infection rate in Santa Clara County — about 21.2 per 100,000 residents per day over the past week — is highest it has been in any core Bay Area county since the onset of the pandemic, followed closely by the approximately 20.0/100K rate currently in Contra Costa County.

San Diego County was the only other jurisdiction in California to report new victims lost to COVID-19, with eight new fatalities reported on Thanksgiving.

Nationally, the holiday is also expected to complicate the data in the near future.

The disruption in testing and reporting could create a mirage that results in numbers that “will make it look like things are getting better at the national level,” according to Erin Kissane, co-founder of the COVID Tracking Project. A subsequent spike, as unreported data from the holiday comes in, “will look like a confirmation that Thanksgiving is causing outbreaks to worsen.”

“But neither of these expected movements in the data will necessarily mean anything about the state of the pandemic itself,” Kissane continued in a blog post. “Holidays, like weekends, cause testing and reporting to go down and then, a few days later, to ‘catch up.’ So the data we see early next week will reflect not only actual increases in cases, test, and deaths, but also the potentially very large backlog from the holiday.”

On Thursday, the U.S. reported its smallest number of new cases since Election Day and nearly half that of the previous Thursday, according to the New York Times. Yet still, there were more than 100,000 new cases across the nation and nearly 1,200 additional lives lost to the virus on Thanksgiving alone. Overall, more than 263,000 Americans have perished from COVID-19. 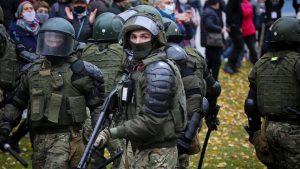 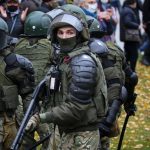 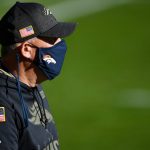