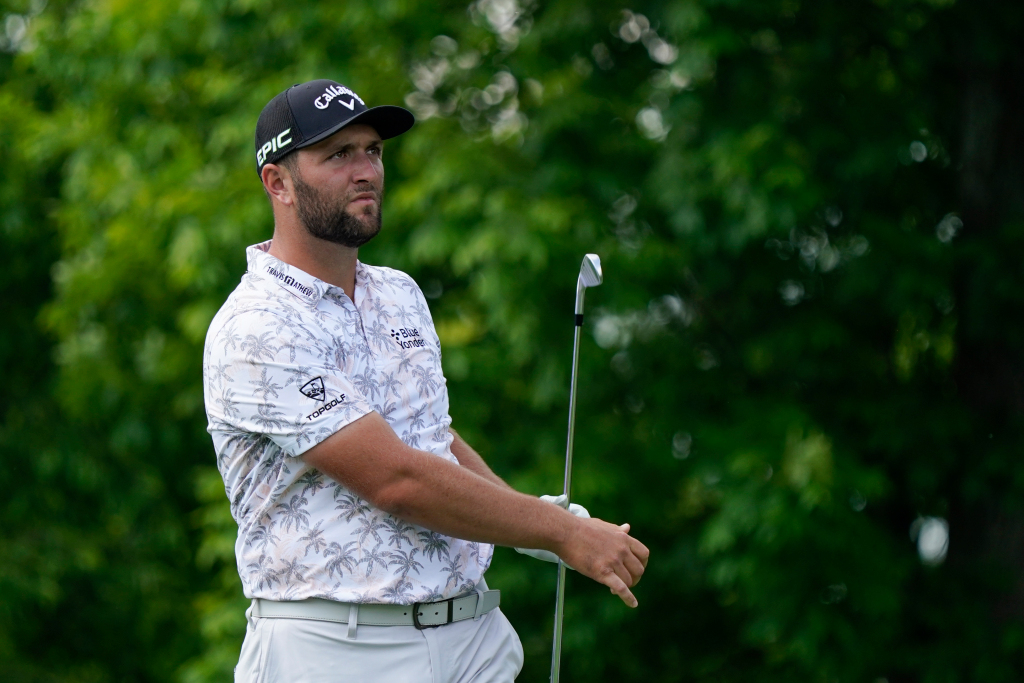 DUBLIN, Ohio — Jon Rahm walked off the 18th green after tying the 54-hole record and building a six-shot lead, leaving him on the cusp of joining Tiger Woods as the only repeat winners of the Memorial.

Moments later, he doubled over behind the green and said in anguish, “Not again!”

Rahm was notified he tested positive for the coronavirus, knocking him out of the tournament.

A command performance, that included a hole-in-one Saturday morning to complete his second round and an 8-under 64 to tie two tournament records, went to waste.

The PGA Tour said the Spaniard had come in close contact with a person who was COVID-19 positive, meaning Rahm could play provided he was tested daily. Every test since he arrived Monday came back negative except the one after his second round, which was completed Saturday morning.

The positive test was confirmed as Rahm was playing the 18th hole, knowing nothing except no one was close to him on the leaderboard.

The tour said Rahm remained asymptomatic. Andy Levinson, the tour’s senior vice president who has overseen its COVID-19 protocols, could not say whether Rahm had been vaccinated.

Players who are fully vaccinated — 14 days past the full vaccination cycle — are not subject to testing as a result of close contact. Levinson said “north of 50%” of players have been fully vaccinated.

By tour policy, Rahm was withdrawn from the Memorial. That left Patrick Cantlay and Collin Morikawa tied for the lead at 12-under 204.

“It’s kind of the worst situation for something like that to happen and he played awesome today and it’s just, it’s really a shame,” Cantlay said.

Cantlay and Scottie Scheffler, who played with Rahm in the third round, were being interviewed Saturday night to determine if they would be subject to contact tracing. Both have said they already have tested positive for the coronavirus, though that was more than 90 days ago.

Morikawa also was being interviewed. He played with Rahm in the morning before his test.

It was a shocking turn of events given the timing. Rahm was close to perfect on the back nine, running off six birdies in an eight-hole stretch to turn a one-shot lead into a six-shot cushion, tying the Memorial record for largest 54-hole lead set by Woods in 2000.

Now it’s erased, and the No. 3 player in the world is required to go into self-isolation for 10 days. That ends on June 15, the Tuesday of the U.S. Open at Torrey Pines, where Rahm captured his first PGA Tour victory four years ago.

Not even the chance of a false positive test could spare Rahm. Under the tour’s CDC-guided protocols, players would have to return two negative tests 24 hours apart to end the 10-day isolation. That rules out Rahm playing Sunday.

“I feel very bad for Jon Rahm. He’s played absolutely brilliant golf this week,” tournament founder Jack Nicklaus said on social media. “On behalf of the Memorial Tournament, our hearts go out to Jon and his family, as well as all the patrons who witnessed a spectacular round by Jon — only to be negated by this horrible pandemic our world continues to endure.”

The second round did not finish until Saturday morning because of rain delays earlier in the week. Rahm returned to make a hole-in-one on the 16th hole to take the lead, and he finished off a 65 to build a two-shot lead.

The tour said his test came back positive at 4:20 p.m., about the time Rahm began to pull away. The tour’s medical advisor asked for a confirmation test on the original sample, and that was returned shortly after 6 p.m.

Two officials were waiting for him as he walked off the green, and Rahm’s reaction left thousands of fans around the green wondering what was going on.

Scheffler didn’t see Rahm behind the green and wasn’t sure what was going on when he walked into the scoring room to sign his card. He said Rahm looked frustrated.

“He just goes, ‘Good luck tomorrow,’ and I’m like, ‘Thanks, man. You play good, too.’ I was just really confused,” Scheffler said. “He’s like, ‘No, man, I just tested positive.’ My heart just sank. It’s terrible that happened. I think it’s terrible they told him in front of the cameras. It just stinks for him.”

Rahm was the fourth player to test positive during a tournament since the tour returned to competition one year ago in Texas.

He was the first positive asymptomatic case as part of the tour’s contact-tracing protocols.

It was not clear with whom Rahm had contact that led to the tracing. Levinson said only the tour found out about the contact through someone else who had tested through its program.

Rahm lives in Scottsdale, Arizona, where his wife in April gave birth to their first child. Rahm has not played since the PGA Championship two weeks ago.

While playing in the pro-am on Wednesday, Rahm was walking toward the 16th tee when a spectator asked for an autograph. “I’m sorry, I can’t,” he said. “I’m in contact tracing.”

He did not mention it the rest of the week while building his six-shot lead.

With a victory, Rahm could have moved closer to recapturing No. 1 in the world, along with earning over $1.67 million. 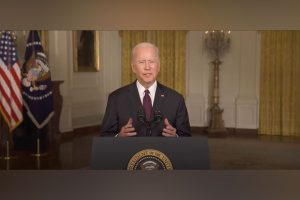 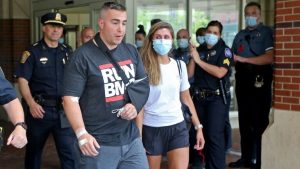 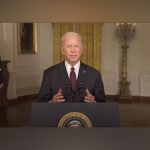 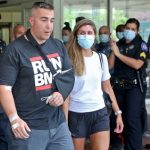 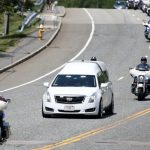 Procession honors officer who drowned trying to save teen 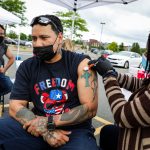