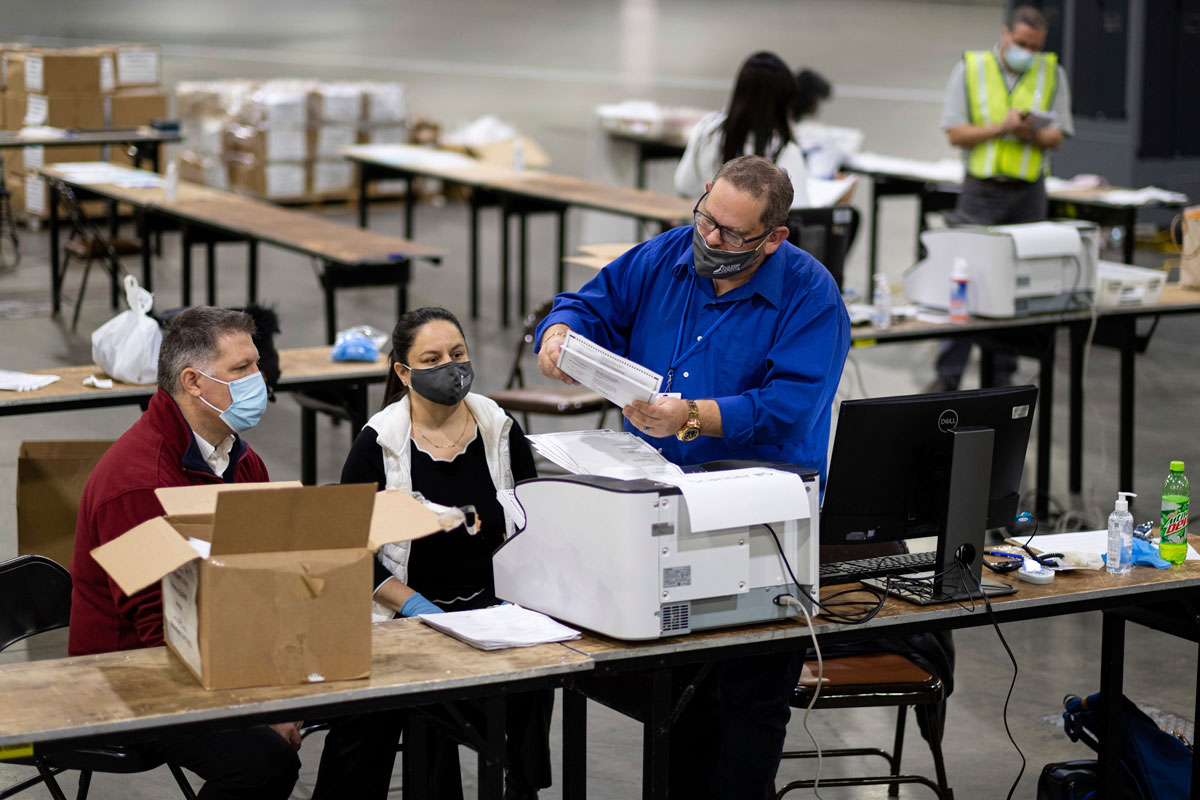 Workers scan ballots as the Fulton County presidential recount gets under way on November 25 at the Georgia World Congress Center in Atlanta.

At a news conference this morning, Richard Barron, Fulton’s Director of Registration and Elections, said that “our goal is to get done with the absentee by mail today. We’ll see where we are at five and determine if we need to keep going.”

Fulton will take Thanksgiving and Friday off, and plans to continue their recount Saturday morning at 7 a.m. ET.

Barron says they are using 13 ballot scanners, and have roughly 45 to 50 people working on Fulton’s recount at the Georgia World Congress Center in downtown Atlanta.

Barron said they are working hard to finish recounting Fulton’s 528,000 ballots by Sunday, so that they can shift their focus to the runoff election on Tuesday, Dec. 1 to fill the unexpired term of the late Congressman John Lewis.

Some background: The Trump campaign requested the recount last Saturday, which is their right by Georgia law because the margin of Biden’s victory is less than 0.5%.

The recount is taxpayer-funded, and is being conducted in each county statewide using high speed ballot scanners. Georgia’s secretary of state has set a deadline of Wednesday, Dec. 2 at midnight for all counties to finish the recount.

President-elect Joe Biden was declared the winner last Friday as the state certified the results after a statewide audit that triggered a full hand recount of every vote.  Biden has a 12,670 vote or .2% lead over President Trump in Georgia.

Fulton County Chairman Robb Pitts said at this morning’s news conference that they have been under a tremendous amount of scrutiny worldwide, and says that they have “passed any test with flying colors.” 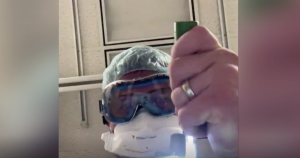 Doctor recreates what COVID-19 patients may see before they die 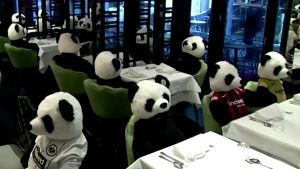