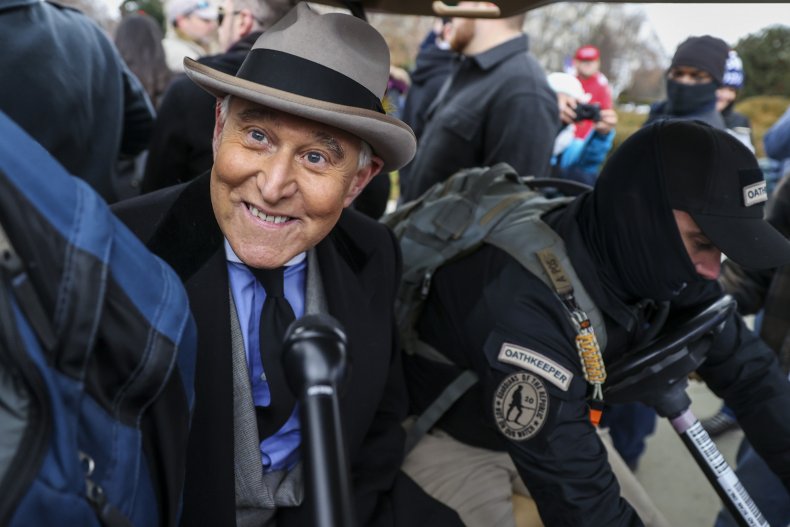 Conspiracy theorist Alex Jones has said that he paid for Roger Stone to fly to Washington, D.C., to attend the pro-Donald Trump January protests and offered him money for security.

Stone, a longtime ally of Trump, appeared on Jones’ InfoWars show to discuss the security he got while attending the demonstrations on January 5 and 6, shortly before the attack on the U.S. Capitol.

During the show, Jones said he paid for the “broke” Stone to fly to D.C. to attend the rallies and offered to pay for his security, which members of the far-right militia group Oath Keepers ultimately provided for Stone.

“I twisted your arm to go, I even gave you a little bit of money, because I know you’re broke, to be even able to fly up there,” Jones said.

“And I remember you saying, ‘I have no money for security, are you going to handle it?’ And I said, ‘Yeah, get with me.’ But you never ended up getting with me, because the town was so mobbed, you couldn’t even find me, and so Oath Keepers helped you out.”

Stone said that members of the Oath Keepers, an anti-government extremist group preparing for a new civil war, provided protection for him, but that he did not “know any of them on an intimate basis.”

Stone added: “My interactions with them were entirely professional, efficient, they were very polite, and they helped protect me because I could not move in any direction without security.”

A number of Oath Keepers have been charged in connection to attack on the Capitol, including one of Stone’s bodyguards Roberto Minuta, who was seen flanking Stone on the morning of January 6 outside a hotel in Washington, D.C.

Another member of the group to be charged, Jessica Watkins, has also claimed she was in D.C on January 6 to provide security for Stone before allegedly storming the Capitol.

Stone, who also associates with the far-right Proud Boys group, denies any involvement in the Capitol attack and has not been charged or accused with any crime.

Jones, who is reported to have helped fund the pro-Trump rallies in D.C and heavily promoted them, is also not accused of being involved in the attack.

In a statement to The Washington Post about the court documents showing him pictured with Oath Keepers at a book signing weeks before the Capitol attack, Stone said: “This new filing does not in anyway provide proof or evidence that I was involved in or had advance knowledge of the illegal acts at the Capitol on January 6 that are alleged to involve some individual members of the [Oath Keepers] organization.

“Such an implication is ‘guilt by association’ with no factual basis.” 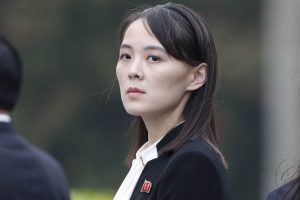 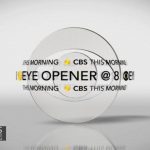 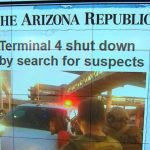 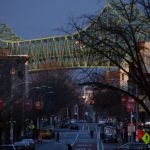