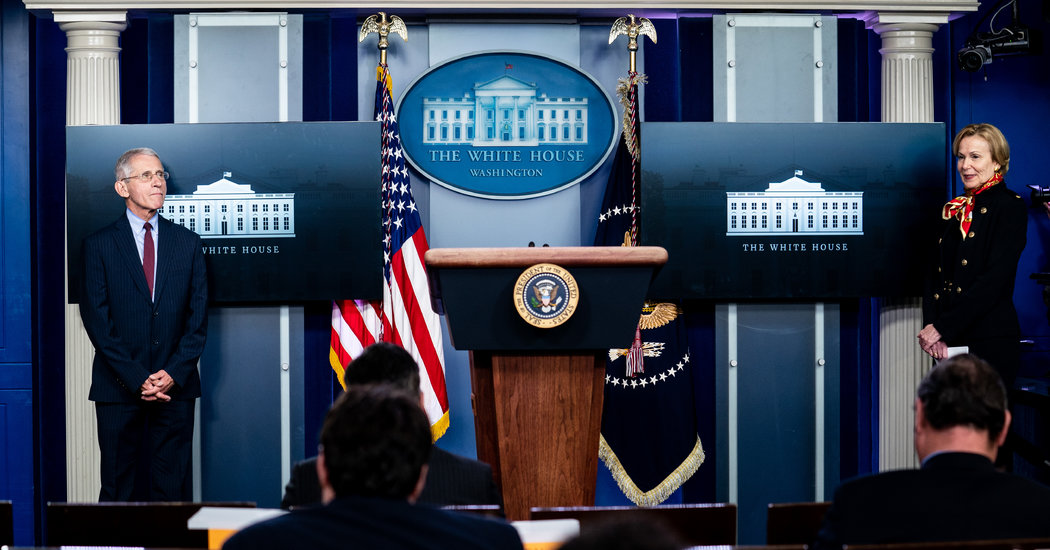 WASHINGTON — Despite growing evidence that the pandemic is still raging, administration officials said on Tuesday that they had made so much progress in bringing it under control that they planned to wind down the coronavirus task force in the coming weeks and focus the White House on restarting the economy.

Vice President Mike Pence, who has led the task force for two months, said it would probably wrap up its work around the end of the May, and shift management of the public health response back to the federal agencies whose work it was created to coordinate.

Other administration officials said that under plans still in discussion, the White House would consult with medical experts on a more informal basis and that Jared Kushner, the president’s son-in-law and senior adviser, would help oversee a group pushing for progress in developing a vaccine and treatments for the virus.

“It really is all a reflection of the tremendous progress we’ve made as a country,” Mr. Pence told reporters at the White House.

His comments came a day after the revelation of new estimates that suggest deaths from the coronavirus, now above 70,000, could double by early August, and that infection rates may rise sharply as businesses reopen. While the number of new cases logged daily in the New York City area is declining, new cases continue to grow across the rest of the United States.

With President Trump facing a tough re-election battle, the White House appears intent on putting a response to the daily death toll more toward the background as it emphasizes efforts at a return to economic and job growth. The president’s advisers have repeatedly tried to place the responsibility for testing and decisions about reopening on individual states.

The task force spent some of its time preparing talking points for Mr. Trump, who took over its public briefings, often turning them into lengthy opportunities to air grievances, praise his own handling of the crisis and offer up his own prescriptions.

There were signals in recent days of the task force’s impending demise: The panel did not meet on Saturday, as it typically does, and canceled a meeting on Monday. And the president has stopped linking his news briefings to the task force’s meetings and no longer routinely arrays task force members around him in his public appearances, a change that came swiftly after he mused one day about the possibility of injecting disinfectants to kill the virus.

Members of the coronavirus task force, including Dr. Deborah L. Birx, the White House’s coronavirus response coordinator, had to urge Americans not to take those steps. And they often served as a public check on Mr. Trump’s questionable or false statements, cautioning about promises of a quick vaccine or the effectiveness of hydroxychloroquine, a drug promoted by the president.

While the task force’s advice has sometimes been swept aside by Mr. Trump and the guidelines it produced for states to reopen ignored by some of them, the group was a comforting symbol for people scared about the virus’s spread and looking for a sign the White House was taking it seriously. People closely monitored which members attended, noting any time Dr. Anthony S. Fauci, a leading infectious disease expert, was absent. The decision to phase out the task force has prompted new questions about whether the administration will be adequately organized to address the complex, life-or-death decisions related to the virus and give sufficient voice to scientists and public health experts in making policy.

“We will have something in a different form,” Mr. Trump told reporters on Tuesday during a trip to Arizona.

Asked why now was the right time to wind down the task force, he replied, “Because we can’t keep our country closed for the next five years.”

If there is a recurrence of cases in the fall, he said, “we’re going to put the flame out.”

White House officials said that medical officials like Dr. Birx would still be advising the president and be available to answer reporters’ questions.

Still, the change means a growing role for Mr. Kushner, who is looking for a czarlike appointee to oversee the development of a vaccine and therapeutic treatments, as well as for top economic officials like Steven Mnuchin, the Treasury secretary, and the White House advisers Larry Kudlow and Kevin Hassett.

Since it was formed in January, the task force has been the scene of bureaucratic and policy battling, its influence only as great as Mr. Trump’s episodic willingness to accept its advice.

Its priorities and configuration often reflected the most immediate circumstances, starting with quarantines for passengers of cruise ships and repatriated Americans in late January and early February. But the group spent little time managing the testing of Americans for the virus, a problem the administration still has not fully resolved.

It was initially overseen by Alex M. Azar II, the secretary of health and human services, before he was cast aside for Mr. Pence. Its influence peaked in March, when Dr. Birx led other members in persuading the president to urge the stay-at-home and social-distancing orders that have averted even higher death tolls, but at a huge cost to the economy.

From the task force’s inception, there have been tensions between economic advisers and some of Mr. Trump’s health and national security officials over the right balance between keeping the nation locked down to minimize illness and death and the devastation from a historic surge in joblessness.

In recent weeks, one official said, economic advisers, including Mr. Mnuchin, have had an increasingly prominent role in discussions of public health matters. To critics, Mr. Trump’s promotion of economic recovery reflects the White House’s impatience with the caution that top health officials have urged for months as the virus’s death toll has climbed rapidly.

At the same time, top White House officials have moved much of the coordination of federal resources away from the official task force. A group led by Mr. Kushner has been functioning as something of a shadow task force since early March. Among other issues, Mr. Kushner has told people he is helping oversee the vaccine development process, and he has been overseeing the expansion of testing.

“The task force has been hampered by inconsistent messaging,” said Dr. Joshua M. Sharfstein, a former top F.D.A. official who teaches on public health crises at the Johns Hopkins Bloomberg School of Public Health. “There were too many times when what the scientists said and what the president said were at odds.”

At various moments, different splinter groups separate from the task force have met elsewhere in the White House, including the one led by Mr. Kushner, which focused on testing and then supplies of personal protective equipment and ventilators. Another has been led by Joe Grogan, the chief of the White House Domestic Policy Council who plans to leave his post this month.

That group, composed mostly of top health officials, gathers in the West Wing’s Roosevelt Room to organize and script discussion for the larger task force meeting that occurs directly after it, one senior administration official said. Another group, which consists solely of top health officials with medical degrees, meets less regularly in person and by phone.

The news of the task force’s potential disbandment was not met with strong resistance from medical officials in the group, according to senior administration officials. In recent months, top health officials had become wary of the amount of time task force obligations were taking, including trips to and from the White House, which is far from the headquarters of agencies such as the National Institutes of Health, where a task force meeting was scheduled to take place on Tuesday before it was moved to the White House, one official said.

Dr. Fauci described the meetings last week as the place where health officials could spend 90 minutes or so examining data about new infections and deaths, the effectiveness of potential treatments and the surging of resources to new hot spots.

“Everyone understands the task force and refers to it as the coordinating body, where policies came out, messaging came out, guidelines were centralized from this one body,” said Dr. Leana S. Wen, an emergency physician and public health professor at George Washington University. “We need to have a national coordinating body that has the ear of the president and is able to direct the entire federal government.” 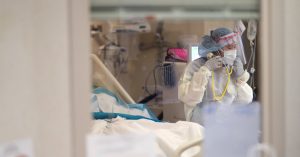 My Coronavirus Patients Are Struggling to Recover 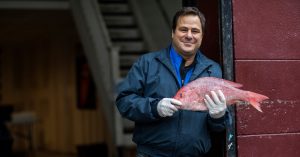