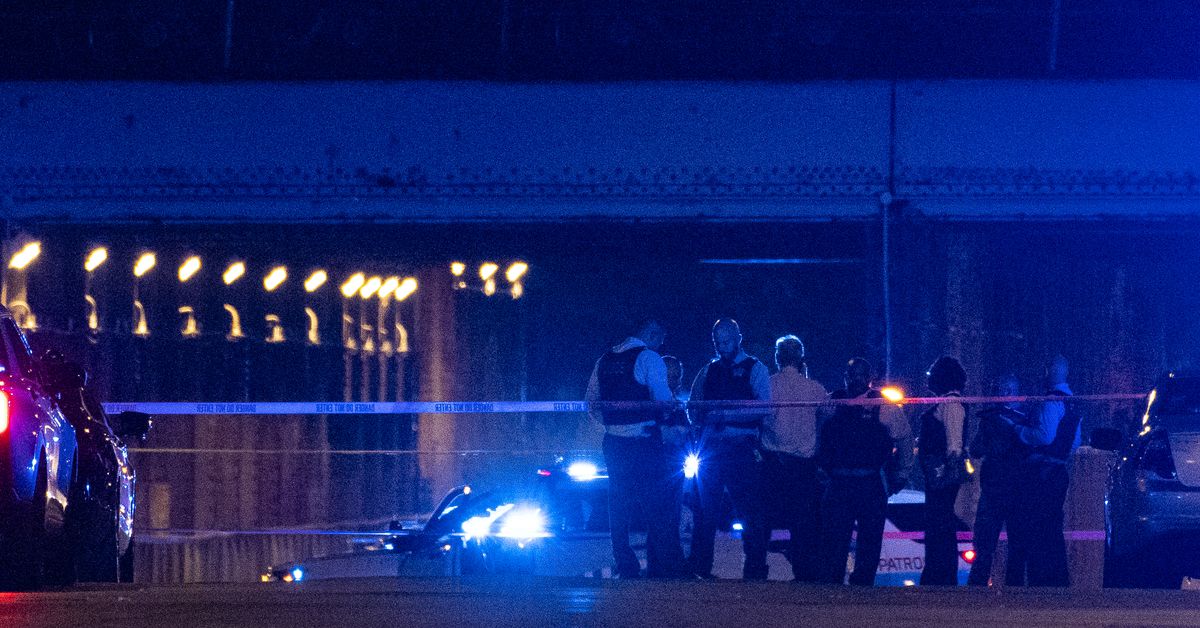 At least 45 people have been shot — four fatally, including a Chicago police officer — since 7 p.m. Saturday across Chicago.

So far this month, 155 people have been shot, 23 fatally, in gun violence across the city, according to Chicago Sun-Times data.

Around 2:05 a.m., a 24-year old man opened fire after getting into a verbal fight with another man, 37, at a lounge in the 1800 block of West 87th Street in Gresham on the Far South Side, Chicago Police said.

The 37-year-old was shot twice in the neck and three times in the back and was taken to Christ Medical Center in Oak Lawn where he died to his injuries, police said.

The offender was shot eight times throughout his body and was also taken to Christ where he was listed in critical condition, according to police.

At least five others who were at the lounge were also shot, police said.

A man, 38, was shot once in the abdomen and taken to the University of Chicago Medical Center where he was listed in critical condition, police said.

A 56-year-old man was shot once in his elbow and a 33-year-old in his upper body, police said.

Both were taken to Little Company of Mary Hospital in Evergreen Park where their conditions were stabilized, according to police.

A man, 23 was grazed in his face and a 37-year-old woman was shot in her back, police said.

Both were taken to the University of Chicago where their conditions were stabilized, police said.

About an hour earlier, a gunman opened fire following an altercation with two male security guards who denied him entry to a club about two miles away in the 8300 block of South Halsted Street, police said.

One of the guards, 40, was shot multiple times in his body and the other guard, 42, in the back twice and in his thigh, police said. Both were taken to Christ where the 40-year-old guard was listed in critical condition and the 42-year-old in serious condition, police said.

At least three others who were standing near the altercation were also shot, police said.

A man, 21, was shot in his chin and was taken to the University of Chicago where his condition was stabilized, police said.

A Chicago police officer was killed and another was seriously wounded in a shooting on the South Side, officials said.

The officers were shot during a traffic stop shortly after 9 p.m. at 63rd Street and Bell Avenue and returned fire, hitting at least one suspect, police said.

Both officers were taken to University of Chicago, where one of them — a woman — was pronounced dead, according to the Cook County medical examiner’s office.

The other officer was “fighting for his very life” in critical condition, according to First Deputy Eric Carter who talked to reporters outside the hospital early Sunday.

Shortly after 7 p.m., Saturday, four men were wounded in a shooting on the Near West Side that left three of them in critical condition, police said.

The group was standing near a park in the 200 block of South Maplewood Street when someone fired shots from a vehicle, police said.

Just before 12:25 a.m., Sunday, three people were shot while at a gathering outside in the 11400 block of South Throop Street in Morgan Park on the Far South Side, police said.

They were both taken to Christ where their conditions were stabilized, police said.

Another man, 24, was grazed in his leg and was treated and released at the scene, police said.

A man was fatally shot in the South Loop on the Near South Side. Just before 2 a.m., the victim, 24, was shot three times in his abdomen in the 2200 block of South Michigan Avenue, police said.

He was taken to Northwestern Memorial Hospital where he was pronounced dead, police said.

A person was found shot to death in a vehicle on the Southwest Side. Just before 1:00 a.m., a man, 47, was found unresponsive with a gunshot wound to his torso in the 3000 block of West 38th Street, police said.

He was taken to Mount Sinai Hospital where he was pronounced dead, police said. He has not been identified.

22 others, including two boys, 16 and 17, were shot in attacks across Chicago Saturday night and Sunday morning. 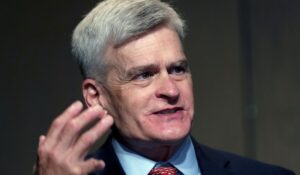 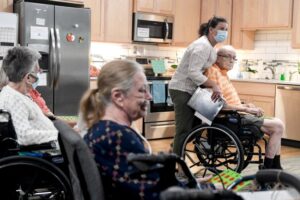