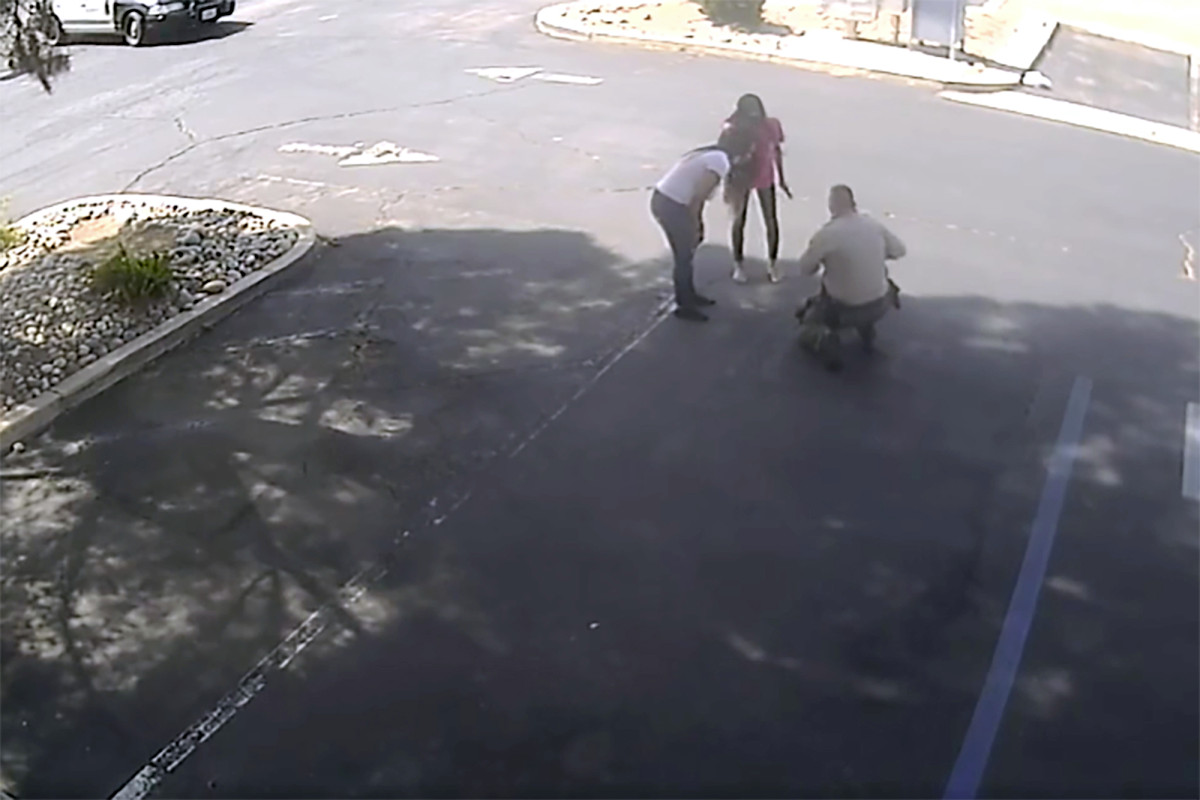 Security camera footage from May 31 shows two women sprinting across a supermarket parking lot in Palmdale and frantically approaching Deputy Cameron Kinsey with the limp child.

The 11-month-old had stopped breathing and lost consciousness during a protest at a nearby park, the department said on Tuesday.

Deputies, including Kinsey, had been monitoring the demonstration from across the street.

The quick-thinking cop ran toward the women and performed a “mouth sweep” with his finger, dislodging vomit from the child, officials said.

Seconds later, the toddler appears to be alert again, according to the footage released Tuesday. Paramedics arrived shortly after to treat the tot and take him to a hospital.

The child had swallowed a coin, which got stuck in his throat, the department said. Kinsey was able to open his airway using the mouth sweep procedure.

“None of that other stuff matters,” said Kinsey everything else going on around him at the time, “Just the baby.” 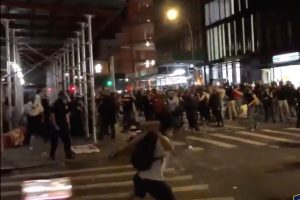