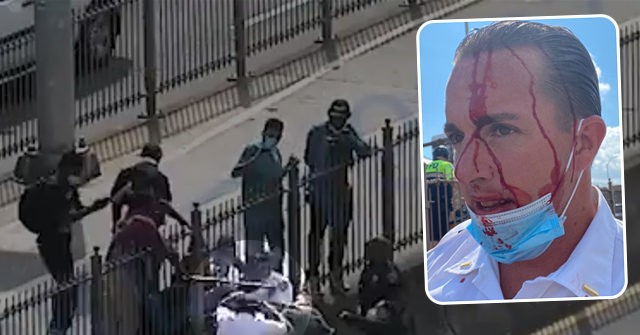 Terence Monahan, New York Police Department (NYPD) Chief of Department, was injured Wednesday after protesters demonstrating the death of George Floyd attacked a group of officers on the Brooklyn Bridge, according to law enforcement.

Monahan received “non-life threatening injuries” during the scuffle and was taken to an area hospital for treatment.

A police source said Monahan’s hand was injured and required stitches after protesters attacked NYPD officers with a chain during the morning rally. At least two other officers were also injured.

At least 10 protesters were arrested during the bridge march, another police source said.

The NYPD’s official news account shared photos and video of the attack to social media:

These are the injuries our officers sustained. pic.twitter.com/KI9wQKywHH

The attack on Monahan came just one day after he said in an interview that there’s “a feeling on the street that the police are handcuffed,” and “are fearful that they may be arrested if they take some proactive-type enforcement.”

“[T]here’s a lot of different factors into it. We’ve mentioned bail reform and COVID releases, but just as importantly, if not more importantly, is the animosity towards the police that was generated after the Floyd protests,” he told New York’s 1010 WINS. “The new law that was passed by the city council has cops hesitant. They are fearful that they may be arrested if they take some proactive-type enforcement. The disbanding of anti-Crime, obviously, has a huge effect. Those are our best cops out on the street, grabbing guns. So, there’s a feeling that it’s safe to carry a gun on the street.”
Monahan made headlines when he took a knee before protesters in Washington Square Park last month.

Wednesday attack comes in the wake of New York City Mayor Bill de Blasio (D) confirming that he will slash $1 billion from the budget of NYPD, despite a surge in shootings in the wake of protests and violent unrest. 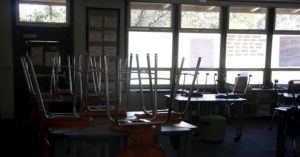 Richmond Schools Will Not Reopen for In-Person Learning This Fall 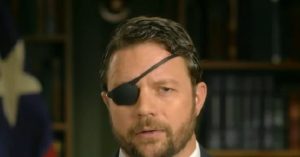