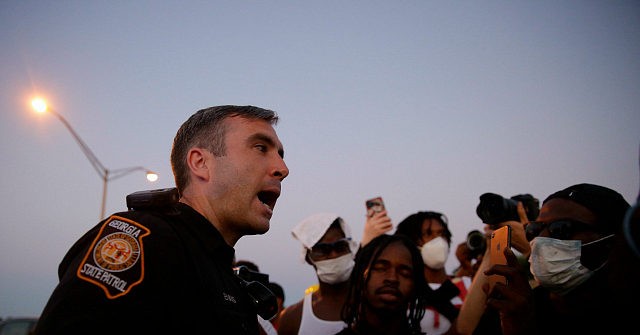 Swathes of police officers in Atlanta, GA, are “walking off the job,” according to multiple reports published Wednesday evening.

Todd Starnes tweeted, “BREAKING NEWS: Georgia police sources tell me only two police precincts are staffed in the entire city of Atlanta. Entire zones of officers are walking off the job. Zones 1,3,5 and 6 have left their posts. Zones walking off the job. #BlueLivesMatter.”

Atlanta’s CBS affiliate reported that it had confirmed the walkout through its own sources:

Several Atlanta Police officers have reportedly walked off the job at precincts across the city. The claim comes hours after charges were filed against ex officer Garrett Rolfe and Officer Devin Brosnan in the Rayshard Brooks’ case.

The buzz of patrol officers staging walkouts and refusing to answer calls from Precincts 3,5,6 and others began circulating social Wednesday evening. CBS46 confirmed the walkout through sources at 8:30 p.m.

The Atlanta Police Department acknowledged a “higher than usual number of call outs” on Wednesday evening while claiming that it had the resources necessary to “respond to incidents.”

Earlier suggestions that multiple officers from each zone had walked off the job were inaccurate. The department is experiencing a higher than usual number of call outs with the incoming shift. We have enough resources to maintain operations & remain able to respond to incidents.

Atlanta’s FOX affiliate also reported on the police walkouts, stating that it had “received several tips that officers were walking off the job en masse.” It linked the reported police walkouts to the charges — including felony murder — against 27-year-old former Atlanta Police Officer Garrett Rolfe, who shot and killed 27-year-old Rayshard Brooks.

Breitbart News reported on the incident between Rolfe and Brooks:

Police body camera video shows Brooks and officers having a relatively calm and respectful conversation for more than 40 minutes before things rapidly turned violent. Brooks wrestled with officers, snatched one of their stun guns, and turned and pointed it at one of them as he ran through the parking lot. Rolfe then opened fire.

According to the Atlanta Police Foundation, eight of the city’s police officers have resigned since the beginning of June. 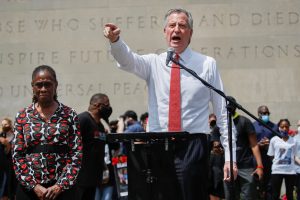 NYPD Withdraws From Offices of Prosecutors Going Soft on Protesters, Hard on Police