More than 2,000 additional people have died on Long Island from COVID-19 than New York State is publicly reporting, a Newsday analysis of federal and state data found.

The gap is rooted in New York’s continuing exclusion of some COVID-19 deaths from its publicly released totals, even though the state is aware of those additional deaths and reports them to the Centers for Disease Control and Prevention.

More than 9,400 people have died on Long Island of COVID-19, according to federal statistics, not the roughly 7,300 that the New York State Health Department publicly reports.

The New York State Department of Health says on its COVID-19 Tracker website that 7,297 people died on Long Island from COVID-19 as of Tuesday. But the CDC’s National Center for Health Statistics reports a death toll of 9,405 through Saturday — a number nearly 29% higher.

Statewide, the health department says 43,105 people have died of COVID-19 through Tuesday, but the CDC puts the number at 55,004 as of Saturday — a difference of nearly 28%.

The number displayed on the state website is based on daily electronic reports from hospitals, nursing homes and adult-care centers and used for “real-time monitoring and response planning,” health department spokeswoman Erin Silk said in an email.

COVID-19-related deaths occurring outside those settings are not included. That would include deaths that occur in private homes, hospices and prisons.

The Center for Health Statistics totals come from death certificate data, said Robert Anderson, chief of the mortality statistics branch at the center. The New York State Health Department supplies data for all of the state outside New York City, and New York City’s health department sends information on deaths within the five boroughs, he said. The state and city are contractually obligated to report all deaths to the CDC, he said.

The death certificate data is based on the county where the death occurred.

In charts online and in print, Newsday today switches to the more comprehensive tallies provided by the Centers for Disease Control and Prevention that are based on death certificates obtained by the CDC from New York officials. The data is updated weekly. Previous charts presented data released daily by the New York State Health Department and the New York City Health Department. That data was based on where the decedent lived and excluded residents outside New York City who died in hospitals, nursing homes and other adult care facilities.

When asked about the gap in New York State numbers, Anderson said, “From the standpoint of what other states are doing, I guess it’s unusual.”

“To be clear, there’s no such thing as ‘federal data’ as opposed to NYS data — the numbers disseminated by the CDC come from NYS’ own daily reporting — it’s all NYS data and it’s all public,” Silk said in an email.

Denis Nash, a professor of epidemiology at the CUNY School of Public Health in Manhattan, said he is perplexed by the omission of so many deaths from the state website.

“I have not really understood why the state has chosen to deviate from what the norms and standards are, except I should point out, they have politicized, it appears, epidemiological information in the past,” Nash said, referring to how the state’s initial public counts of nursing home deaths were incomplete. “So one has to think the motivation for choosing to report numbers in a certain way that do not really show the true toll of the pandemic here in New York — the reasons behind that could be politically motivated as well.”

Gov. Andrew M. Cuomo and state health officials repeatedly have denied they were trying to mislead the public in their counts of nursing home deaths. State and federal investigations are looking into whether the Cuomo administration deliberately tried to downplay nursing home deaths.

Silk said the death certificate information the health department sends to the CDC is not vetted, and the agency works to verify it.

“We don’t deal in unverified figures,” Silk said, “and while we are not politicizing any COVID data, we can point to countless others who have and continue to do so.” She did not respond to requests to name those politicizing COVID-19 data.

The CDC calls the death certificate numbers “provisional,” because they are continually revised as more information is received and processed.

Anderson said death certificates are the most reliable way to determine the cause of death because they’re legal documents often filled out by doctors who know the patient’s medical history, or by a trained medical examiner.

The death certificate numbers for New York and each county can be found by searching through tables on the Center for Health Statistics’ website. But on the state Health Department website and in daily media reports, New York highlights only the much lower death numbers.

The Associated Press first reported that the state sends separate, higher numbers to the CDC.

Other states’ numbers also differ from the CDC’s count. But Newsday compared CDC data with totals from the 10 most populous states other than New York and found that New York had by far the largest gap between the numbers it publicly reports and the CDC’s.

Six of the 10 states had numbers higher than the CDC’s. That is in part because it can take weeks from the time of death for death certificates to be completed and then transmitted from states to the CDC, and for the CDC to compile the data, Anderson said. That means the 55,004 number for New York State is an underestimate, because it is missing some recent deaths, he said.

In addition, states may be using data other than, or in addition to, death certificates for the numbers in official state counts, he said.

New Jersey’s total, for example, includes almost all deaths within 30 days of a positive PCR test result, as well as deaths beyond 30 days of a positive result that meet other criteria, such as COVID-19 appearing on a death certificate, said Dr. Edward Lifshitz, medical director of the New Jersey Health Department’s communicable disease service. A PCR — polymerase chain reaction — test is the most accurate method to detect the coronavirus.

New Jersey’s own count is about 1,800 deaths above the CDC’s current death certificate number. New Jersey’s numbers are based on the residence of the deceased.

The state Health Department’s death total for the five boroughs is more than 10,000 deaths below the city’s number.

New York City and New Jersey — and other states — call deaths without a positive PCR result “probable,” rather than “confirmed,” COVID-19 deaths.

Fatality data on New York State websites include only hospital, nursing home and adult-care-facility deaths that are confirmed with a positive test result, Silk said.

New York “is somewhat of an outlier in not counting probable deaths,” said Jennifer Nuzzo, an associate professor of epidemiology at Johns Hopkins University and the epidemiology lead for its coronavirus center.

In the early months of the pandemic, it was often difficult to obtain tests, so focusing only on “confirmed” deaths leads to “underestimates of the true number of COVID deaths,” said Rebecca Betensky, chair of the biostatistics department at the New York University School of Global Public Health. The “probable” counts could be “slight overestimates,” she said, because a small number of people who tested positive for COVID-19 could have died of other causes within 30 or 60 days of their test result.

Nassau and Suffolk officials said they rely on the state for county fatality data. Hospitals and nursing homes report all deaths — whether from COVID-19 or from other causes — to the state, not the counties, and municipalities, rather than counties, receive death certificates and then send death certificate information to the state, Nassau and Suffolk officials said.

The CDC has a separate web page — not connected with the Center for Health Statistics — that includes case surveillance numbers from each state. 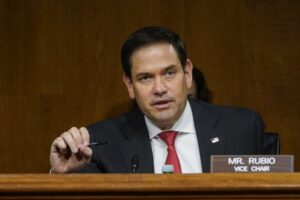 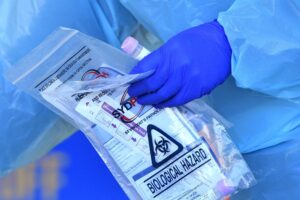 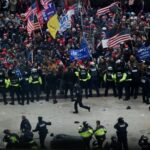 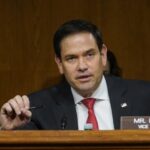 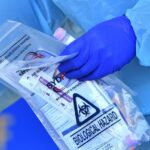 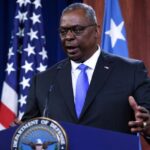