In French Open, Rafael Nadal Is the Same as Always, and Yet He’s Different 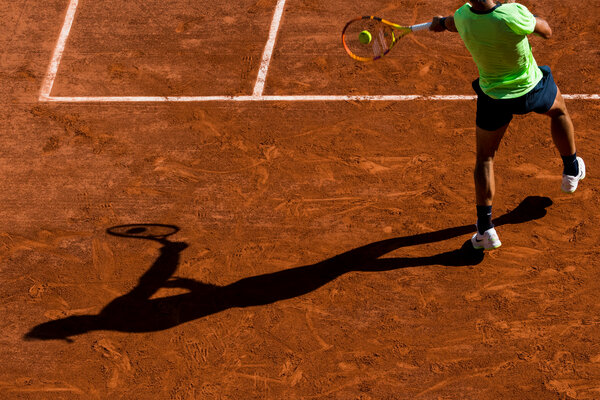 The player who turned defense into an art form fights to avoid the wars of attrition he battled as a younger athlete. At 35, that is what he must do.

PARIS — His hair is thinning on top. His knees can be shaky. In January, he suddenly came down with a balky back that almost forced him to withdraw from the Australian Open.

And yet, with his win Monday over Jannik Sinner of Italy, a 19-year-old rising star, Rafael Nadal surged into the final eight once again at the tournament he has essentially owned since 2005. It’s just that he owns it in a different way than he used to.

Nadal was not perfect Monday in his 7-5, 6-3, 6-0 win. He was down 5-3 in the first set before winning four straight games. He coughed up a 4-0 lead in the second. But as he nearly always has on the clay at Roland Garros, he made all the necessary shots, joy-sticking Sinner around the court as though he had a metal rod inserted into his chest.

“At some point he was playing and I was only running,” Sinner said.

Nadal has won the French Open 13 times. France’s tennis federation unveiled a statue of him on the grounds here before the tournament began, a steel abstraction of the final moments of his powerful forehand shot. Monday’s win was his 104th at Roland Garros.

The victory moved Nadal, seeded third because of his current ranking despite all his success in Paris, closer to a semifinal showdown with Novak Djokovic, the world No. 1. Djokovic beat the 19-year-old Italian upstart Lorenzo Musetti in one of the more bizarre matches of this tournament. Djokovic appeared lost for the first two sets, missing his targets and uncharacteristically dropping two tiebreakers.

Then he took a bathroom break and returned a steadied player, winning 12 of the next 13 games to knot the match at two sets each. He won four more games before Musetti retired down 4-0 in the fifth set.

But the 35-year-old version of Nadal looming in the semifinals for Djokovic, 34, is plenty different from the Nadal who started winning in Paris long ago.

Back then, Nadal was a defender of the first order. He hunkered down behind the baseline, chased down every ball and, especially on the red clay he loves so much, turned his matches at Roland Garros into wars of attrition.

That was not the Nadal whom Sinner met Monday in the round of 16, or the one Cam Norrie of Britain ran into in the third round over the weekend. The Nadal of today, who knows there are only so many five-hour marathon matches a veteran player can survive, targets speed and efficiency nearly as much as victories.

“I do what I can in every moment of course,” he said. “If I can win quicker, better.”

By now, several years into this latter era of Nadal dominance on clay, opponents have become accustomed to what to expect, but they still come away staggered from the experience.

“It’s amazing how quick he was after his serve to find his forehand,” Norrie said after his loss. Norrie felt like he was playing pretty well against Nadal, but as he spoke his eyes appeared glazed, as though he had just seen something he could not quite believe. “The guy is relentless.”

Between points, Nadal is as deliberate as ever. He sweats profusely, and towels off at every opportunity he can manage.

He swears he does not have obsessive compulsive disorder, but he still must carry through with his series of tics and tasks before play starts, sweeping lines clean with his foot, whacking his shoes with his racket three times before his first serve to free the soles of the clay, bouncing the ball over and over until it feels just right in his hand before he tosses it.

Once the point starts though, Nadal has become more relentless with each passing year, especially since 2016, when he began working full-time with Carlos Moya, the retired Spanish player and former world No. 1 who won the French Open in 1998.

Shifts in tennis strategy can appear subtle on the surface, but they can have outsized effects on the way points, games and matches unfold.

In Nadal’s case, Hawkeye’s laser cameras, which have become more prevalent during the past decade and take hundreds of measurements per second of the ball and the court position of each player, tell the story.

When Sam Maclean, a data analyst with Hawkeye, combed through the numbers, the data showed exactly how Nadal had tweaked his playing style in his 30s, becoming more aggressive and trying to end points as quickly as he can, even if he will never be someone who finishes many points at the net.

Not surprisingly, the change is especially apparent during Nadal’s service games, when he has the best chance to control what happens during the point.

From 2012 to 2016, Nadal hit 30 percent of his first shots after his serves from inside the baseline. But each year he has worked with Moya, that number has risen, first to 36 percent, then to 39 percent, then to 41 percent, and last year to 42 percent.

And while Nadal often drifts deep into the back court when his opponents serve, the points quickly evolve into a fight for him to get forward, to that nub of tape in the middle of the baseline he earlier kicked clean to give himself a target to scurry toward during the point.

Even though Nadal is giving himself less time to set up by stepping into the court for that first shot, he is still hitting the ball back as hard as he always did, on average about 75 miles per hour, according to Hawkeye, with a fierce level of topspin that makes his ball feel like a rock on his opponents’ rackets.

“He’s the only guy who is playing like that with his forehand topspin,” said Richard Gasquet of France, who managed to win just seven games against Nadal in their second-round match.

Gasquet said it was impossible to prepare for Nadal because there was no one to practice against who hits the ball even remotely like he does. Gasquet is the same age as Nadal and has been playing him since they were teenagers. He spent years in the top 10. He is 0-16 against him in ATP Tour events, and the victories are as decisive as ever, even as Nadal should be deteriorating.

“It was really hard for me to play,” Gasquet said after his loss.

“It’s his court,” Popyrin said after his defeat. “It will always be his court.” 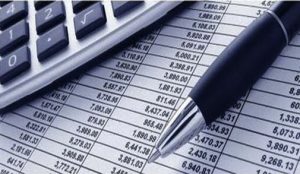 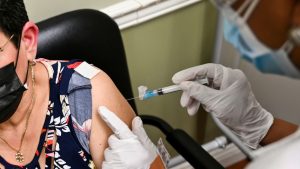