Coronavirus is continuing to take a devastating toll on healthcare workers across the state, according to new data.

More than 1,600 healthcare workers have become infected, a number of them through sources outside work, and officials say they are alarmed at the pace.

With coronavirus “moving rapidly within the community, healthcare workers now appear just as likely, if not more so, to become infected by COVID-19 outside the workplace,” the California Department of Public Health said in a statement.

Healthcare workers are essential in caring for the growing number of sick people. But the state said those who did get infected needed to be isolated immediately.

Here are the latest statistics:

· 299 people have acquired COVID-19 in a healthcare setting

· 462 have been exposed via travel, close contacts or community transmission

California has not seen the death toll of virus hot spots such as New York, where more than 4,000 people have died. And while the virus continues to spread rapidly in some places, including Los Angeles County, there are signs that its rate of growth could be slowing in parts of the Bay Area.

So far, hospitals have not been overwhelmed by patients.

But the toll has been grim at nursing homes and other institutional facilities, where both workers and residents have become ill.

In a bid to stem the virus’ spread, Kaiser Permanente announced Thursday that it would temporarily close numerous medical offices and clinics throughout Southern California.

Last week, Gov. Gavin Newsom issued a call for healthcare workers to join the state in caring for an expected surge of COVID-19 patients.

Newsom said he believed the state could add 37,000 healthcare workers by asking recently retired providers, those in the process of getting a medical license in the state and students enrolled in medical or nursing schools to apply to the newly created California Health Corps.

As healthcare workers face greater risk, they are also gaining more support and appreciation in the community.

San Diego’s Little Italy has made showing its appreciation a nightly ritual.

At 7:59 p.m. on a recent night, the neighborhood was eerily quiet, save for the gentle drumming of a light rainfall. Then, at the stroke of 8, it began. Whoops, clanging cowbells, loud music, bursts of firecrackers, whistles, gongs and singing poured from balconies and apartment windows. By 8:02 p.m., it was over.

Every night for the last week or so, San Diego residents have begun embracing an evening ritual that started in Europe in mid-March, then spread to the U.S. a week later. Originally launched in northern Italy to thank the exhausted healthcare workers tending to COVID-19 patients, the evening cheers have taken on added significance for local celebrants.

Sean Murray, who lives on the 21st floor of an apartment building in downtown San Diego, said he and his husband, Bill Schmidt, looked forward all day to the brief, cacophonous celebrations, which are accompanied by flashing lights in the apartment buildings that surround them.

“It reminds me of the book ‘Horton Hears a Who!’” said Murray, who co-founded Cygnet Theatre with Schmidt in 2003. In the 1954 children’s book by Dr. Seuss, a tiny city of people living inside a dust speck desperately seek contact with the outside world by shouting the words “We are here!” over and over.

“It started when people were thanking first responders,” Murray said. “People are able to go out and cheer because these people are out there saving our lives. It’s profoundly amazing.” 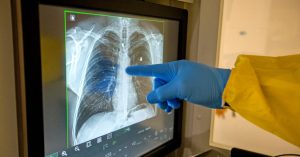 Recovering From the Coronavirus, This Doctor Can Breathe Again 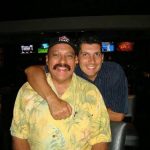 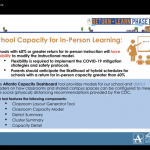 Atlanta Public Schools prepare for January return to classrooms, but COVID-19 surge could cause delay 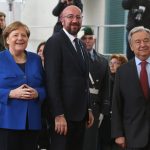 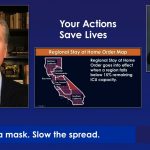