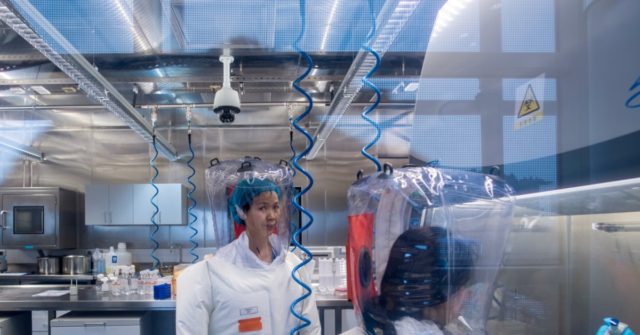 Claims a maximum security laboratory in China’s coronavirus ground-zero city of Wuhan is the source of the deadly global pandemic were vigorously denied Monday night for the second time in a little over a week by the institute’s director.

Yuan Zhiming, professor at Wuhan Institute of Virology (WIV) and the director of its National Biosafety Laboratory, said “malicious” claims about the lab had been “pulled out of thin air” and contradicted all available evidence, according to the Reuters news service.

“The WIV does not have the intention and the ability to design and construct a new coronavirus,” he said in written responses to questions from Reuters. “Moreover, there is no information within the SARS-CoV-2 genome indicating it was manmade.”

Yuan also rejected theories the lab had accidentally released a coronavirus it had harvested from bats for research purposes, saying the lab’s biosecurity procedures were strictly enforced.

“High-level biosafety labs have sophisticated protective facilities and strict measures to ensure the safety of laboratory staff and protect the environment from contamination,” he said, again attempting to deflect mounting accusations against China.

A little over a week ago Yuan made similar protestations of absolute innocence, as Breitbart News reported.

He said the accusations against the lab were a “conspiracy theory” on that occasion.

“As people who carry out viral study, we clearly know what kind of research is going on in the institute and how the institute manages viruses and samples. As we said early on, there is no way this virus came from us,” said Yuan, a microbiology and biotechnology expert.

“We have a strict regulatory regime and code of conduct of research, so we are confident.”

Asked by Reuters on Monday whether his institute would cooperate with an international inquiry into the pandemic, Yuan said he was unaware of “such a mechanism”, but the laboratory was already inspected regularly.

He added that his institute was committed to transparency and would share all available data about the coronavirus in a timely fashion.

“I hope everyone will put aside their prejudices and biases in order to provide a rational environment for research on tracing the origin of the virus,” he said.

Earlier this month Rep. Lance Gooden (R-TX) introduced the Stop COVID Act, which would allow the U.S. Department of Justice (DOJ) to investigate the origins of the coronavirus outbreak in Wuhan.

Gooden’s legislation, the Stop China-Originated Viral Infectious Disease (COVID) Act of 2020, would amend the Foreign Sovereign Immunities Act (FSIA) to allow the DOJ to investigate the coronavirus pandemic and allow the DOJ to file claims against the Chinese Communist Party in the United States.

To that end, President Trump said at a White House Rose Garden press briefing on Monday the administration is conducting “serious investigations” to hold China accountable for the spread of the viral contagion:

“There are a lot of ways you can hold them accountable. We’re doing very serious investigations, as you probably know. And we are not happy with China,” Trump said to Breitbart News senior White House correspondent Charlie Spiering.

Later on Monday, Breitbart News revealed the National Institutes of Health (NIH) has informed a company that used a taxpayer grant to provide U.S. tax dollars to the Wuhan lab it is formally being investigated by U.S. officials.

What coronavirus does in the summer will 'define how we do in the fall,' Dr. Birx says 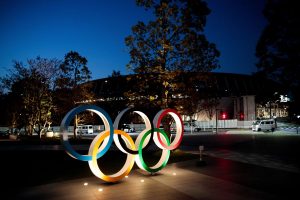