Already free of coronavirus, this Pacific Islands country could become the first in the world to be vaccinated 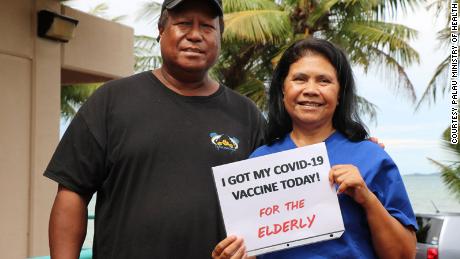 The Republic of Palau, an archipelago home to about 18,000 people, received its first shipment of the vaccine developed by US pharmaceutical company Moderna on Saturday. Vaccinations started the next day, Palau’s Ministry of Health announced on Twitter.
The first shipment included 2,800 doses of the vaccine, which will be administered in two shots, 28 days apart. Health care workers, key officials and vulnerable groups will be among the first to receive the vaccine, according to the ministry’s statement.
To date, Palau has not recorded a single coronavirus case or virus-related death, according to the World Health Organization.
In January, as the virus began to spread across Asia and the Pacific, Palau was among the first to implement stricter border controls. Its borders were entirely locked by March, and it began testing citizens for the virus by April. These measures were key to keeping Covid-19 out, Palau’s ambassador to the UN said in May.
An independent nation in free association with Washington, Palau has access to the United States’ mass Covid-19 vaccination program, known as Operation Warp Speed (OWS).
The archipelago covers an area of just 177 square miles (459 square kilometers) — about a sixth of the size of Rhode Island, the smallest US state. That small size puts Palau in prime position to be among the first nations to be inoculated against Covid-19, according to the country’s Incident Commander of the Ministry of Health, Ritter Udui.
“We are lucky to be in a position where we have access to vaccines through OWS, and our small size makes it easier for us to roll out the program,” Udui said. “It’s not compulsory to receive the vaccine, so our goal is to vaccinate about 80% of the population. We hope to achieve herd immunity (through the vaccination program).”
Palau initially planned to have the vaccinations completed by May, but Udui said this deadline would “probably be extended” due to a slowdown in distribution from the US.
Sylvia Osarch, 60, a doctor of geriatric medicine, was the first person in Palau to receive the vaccine on Sunday.
“I felt excited to set an example for my community,” she said. “I want to tell the community that I took the vaccine to protect them. So when it is their turn to take it, please take it to protect us, the healthcare providers.”
Palau chose the Moderna vaccine because it can be stored in a standard refrigerator, Udui said. At first, the island didn’t have the facilities to store the Pfizer vaccine at its required minus 70 degrees Celsius (minus 94 degrees Fahrenheit).
However, Udui confirmed that Palau received at least one cold storage unit in late December, which can store up to 5,000 doses of the Pfizer vaccine. 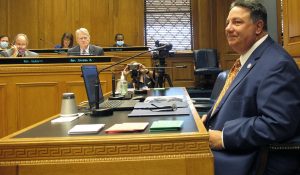 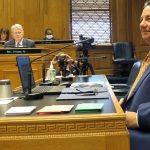 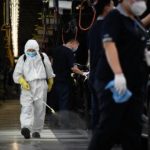 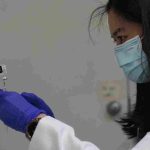 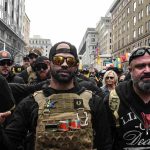 D.C. Police Arrest Leader Of The Proud Boys Ahead Of Far-Right Protests